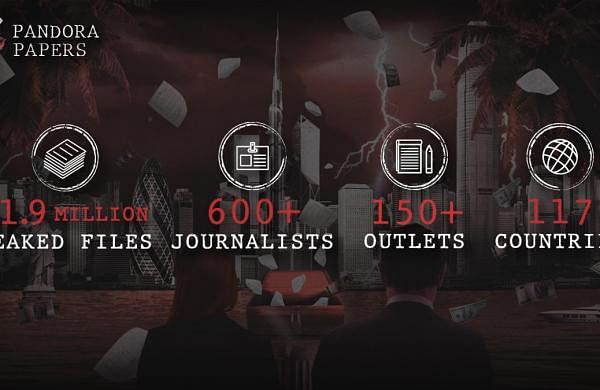 The leaked documents and a worldwide journalistic partnership on Sunday claimed to have uncovered financial secrets of current and former world leaders, politicians and public officials.

Calling for abolishing tax havens, Amitabh Behar, CEO of Oxfam India, said this is another shocking exposé of the oceans of money sloshing around the darkness of the world’s tax havens that must prompt immediate action, as has long been promised.

Whenever a politician or business leader claims there is ‘no money’ to pay for health, education, climate damage, innovation and for a fair post-COVID recovery, they know where to look, he said.

“Tax havens cost governments around the world USD 427 billion each year. Developing countries are being hardest hit, proportionately. Corporations and the wealthiest individuals that use tax havens are outcompeting those who don’t. Tax havens also help crime and corruption to flourish,” he said.

Behar said such tax havens continue to stretch global inequality to the breaking point while the world experiences the largest increase in extreme poverty in decades.

“Abolishing tax havens can go a long way towards ensuring that government actually have the access to tax revenue they need to fund quality public expenditure, however at the same time governments must continue to spend more on social welfare and public services as a larger proportion of existing budget allocations to at least provide the bare minimum of services of health and education for all,” he said.

“Set up a public register on the real owners of bank accounts, trusts, shell companies and assets. Require multinational corporations to publicly report their accounts where they do business, country-by-country. Increasing the use of automatic exchange, allowing revenue authorities access to information they need to track the money,” the Oxfam said in a statement.

The International Consortium of Investigative Journalists (ICIJ), which involved the BBC and ‘The Guardian’ newspaper in the UK and ‘The Indian Express’ in India among 150 media outlets in its investigation, claims it obtained the trove of more than 11.

The ‘Pandora Papers’ are a follow-up to a similar project released in 2016, called the ‘Panama Papers’ compiled by the same journalistic group.