‘Will be around for 15-20 years’: Confident Gehlot plans to remain Rajasthan CM even after next elections 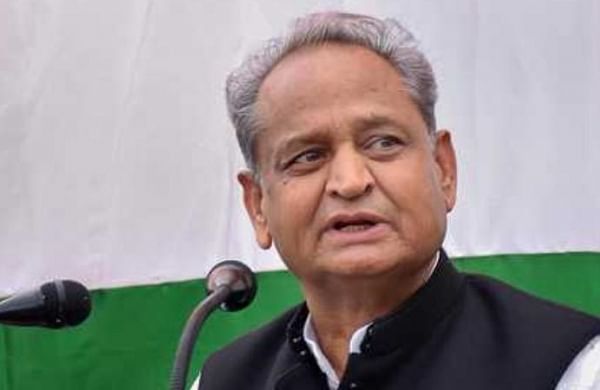 JAIPUR: Amid speculations that after Punjab, Rajasthan could see major changes, CM Ashok Gehlot has asserted that he is not going anywhere and will be around for another 15-20 years. His comments at the launch ceremony of “Prashasan Shahron aur Gawon ke Sang” campaign in Jaipur on Saturday have created a big buzz. Political corridors from Jaipur to Delhi are busy deciphering the veiled messages which the Congress veteran has tried to convey to his rivals within and outside his party.

The senior Congress leader has been involved in a battle of wits with the Congress high command over sharing of power with the rival camp led by former deputy CM Sachin Pilot. A super confident Gehlot claimed that his government would complete its full tenure of five years and he would be active for the next 15-odd years. Gehlot said all speculations of an overhaul in Rajasthan after the change of guard in Punjab were “wrong and unfounded”.

Far from being diffident, CM Gehlot has asserted that the Congress government would not only complete its five years but would also come back to power in the next Assembly elections in Rajasthan. “There is no anti-incumbency factor against our government. We have obtained authentic feedback from the people,” Gehlot remarked.

CM Gehlot’s comments about the government’s stability are seen as an indirect counter to the Pilot camp which has been eager to see a leadership change in the state as in Punjab. Gehlot’s remarks have come at a time when the Congress High Command is facing a major crisis not only due to the mess in Punjab but due to the challenge from the G 23 group which has been targeting the Gandhi family for the past several months.

Over the four decades of his political career, CM Gehlot has been well known for the timing and content of his statements. At a time when his critics in the Pilot camp are expecting a major overhaul in Rajasthan through cabinet reshuffle and political appointments, CM Gehlot has tried to turn the political tide to his advantage.

Most political observers believe that CM Gehlot’s comments were directed at the rival camp in Congress led by his former deputy Sachin Pilot though he did not take any names. The 70-year-old Congress veteran has clearly asserted that he still has strong support at the ground level and unlike Amarinder Singh in Punjab, dislodging him in Rajasthan is simply not possible for the moment.

Gehlot also asserted that his UDH minister Shanti Dhariwal will retain the same portfolio in the next government also. A signal that Gehlot plans to stay as chief minister if the Congress wins the next assembly election.

“Dhariwal Ji has worked very hard will again make him UDH Minister next time also ” asserted Gehlot in one of his statement.

CM Gehlot even referred to his recent angioplasty and thanked the people of the state for sending their wishes and prayers for his well-being. Significantly, however, the Chief Minister made no mention of the issue of Cabinet reshuffle as well as political appointments, which have been inordinately delayed. MLAs from the Pilot camp have been anxiously waiting for inclusion in the Cabinet and political positions ever since an assurance was given by the Congress high command but Gehlot has so far refused to accommodate them.

For many months CM Gehlot has been resisting pressure from not just the Pilot camp but even the Congress high command over Cabinet reshuffle and other political appointments. Pilot was sacked both as the Deputy CM and the Pradesh Congress president after he and his 18 loyalist MLAs staged a rebellion against CM Gehlot in July last year. With his latest remarks, the wily Gehlot has signalled that he is in no hurry and will carry out the reshuffle only according to his own judgement.

Rajasthan can have a maximum of 30 Ministers and with a present strength of 21, nine slots are vacant in the Council of Ministers.