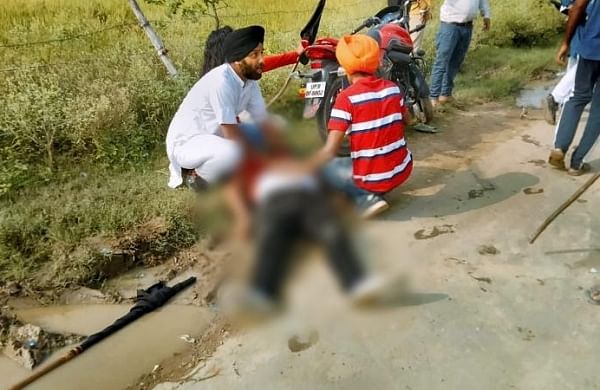 LAKHIMPUR KHERI: Violence broke out after two SUVs allegedly ran over over a group of anti-farm law protesters who were demonstrating against the visit of Uttar Pradesh Deputy Chief Minister Keshav Prasad Maurya at Tikonia-Banbirpur road here on Sunday.

Unconfirmed reports said that a number of farmers were seriously injured in the incident.

Angry protesters allegedly forced the two vehicles to stop and set them on fire.

They also allegedly trashed some passengers.

The farmers had assembled there to oppose Maurya’s visit to Banbirpur, the native village of Union minister of state for Home Khiri MP Ajay Kumar Mishra.

Several journalists were also reported to have sustained injuries in the incident.

Meanwhile, in view of the violence, Deputy Chief Minister Maurya’s visit to Banbirpur village has been cancelled.