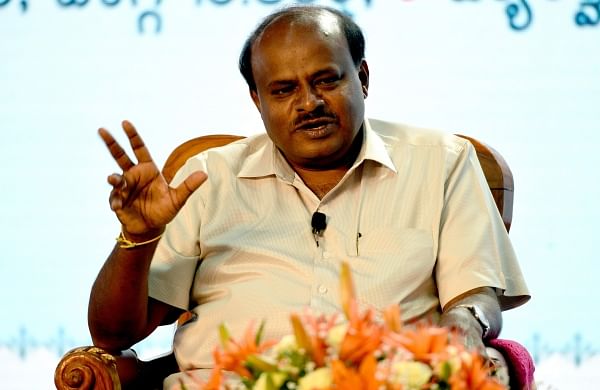 While wishing Banerjee in a series of tweets, he also hit out at BJP for fielding a candidate against Banerjee.

Hearty congratulations to West Bengal Chief Minister @MamataOfficial for registering a glorious and historic victory in the by-election from Bhavanipur Assembly seat. 1/3 pic.twitter.com/K1KJBqOv6l
— H D Kumaraswamy (@hd_kumaraswamy) October 3, 2021
He said the BJP displayed a stubborn attitude by fielding a candidate against her though the people’s mandate was in her favour.

The former CM said BJP leader Rajiv Banerjee himself had said that she will win by a huge margin and his prediction came true.

“The BJP should have helped in ensuring unopposed election of Mamata Banerjee by shunning political narrow mindedness. It’s my personal view that such a gesture would have helped the BJP to retain its dignity,” Kumaraswamy said.

Five months after spearheading TMC to a landslide win in the assembly election, West Bengal Chief Minister Mamata Banerjee scored a personal point with a massive victory on Sunday in the Bhabanipur by-poll with a record margin of 58,835 votes.