Is crypto a threat to fiat currency? Or future of money? 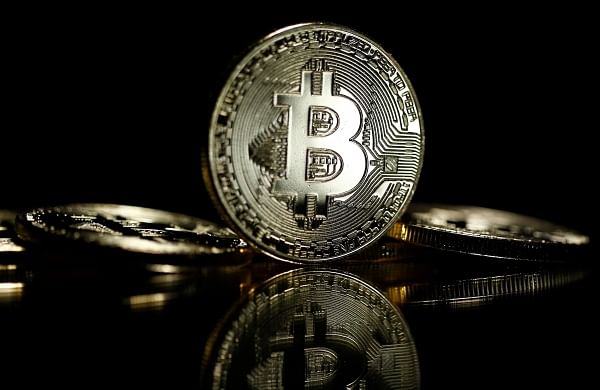 BENGALURU: Satoshi Nakamoto, the pseudonymous person or persons’ goal behind inventing Bitcoin — the first decentralized form of digital currency in 2008 — was to create an electronic peer-to-peer cash system without any intermediaries such as the government financial system or a company. Nakamoto’s white paper on Bitcoin stated that the transactions would be tracked through a blockchain, a ledger, like those used by financial institutions, except that this ledger would be distributed across an entire network, with exact duplicates held by all participants and visible to all, secured by cryptographic means. There would never be more than 21 million Bitcoins, the mythical Nakamoto had vouched.

With a value of little over a single cent back then (2008), Bitcoin today has become the fastest asset to reach a market cap of $1 trillion, according to a recently published secondary research paper on the CryptoTech market in India.

There are around 15 million Indians who have invested in crypto currencies worth Rs 1,500 crore and there are 350 start-ups that operate in the blockchain and crypto space. This despite the fact that private cryptocurrency is under no government regulation and remains a grey area.

Express IllustrationRED-FLAGGEDThe Reserve Bank of India (RBI) has consistently red-flagged private cryptocurrency and the impact of this burgeoning unregulated decentralised financial ‘asset’ as a potential threat to financial stability of the country. ‘”We have serious and major concerns on cryptocurrency, which we have conveyed to the government,” RBI Governor Shaktikanta Das said last month. In February this year, he had voiced his concern on the issue.

In 2018, the RBI had banned trading of cryptocurrency, which was later overruled by the Supreme Court. The Crypto-currency and Regulation of Official Digital Currency Bill, 2021 which is expected to formalise ‘Central Bank Digital Currency’ (CBDC) as a legal digital currency, is in the final stages.

Union Finance Minister Nirmala Sitharaman, on August 16, had stated that the Union Cabinet was soon expected to take up a Bill to regulate cryptocurrency and its rising market in India. An inter-ministerial panel, headed by former finance secretary Subhash Chandra Garg, recently submitted a report seeking a ban on cryptocurrencies and authorising a digital currency of the RBI.

Cryptocurrency has also been flagged by law enforcement agencies for use in illegal and criminal activities like money laundering, illegal fundraising, fraud, pyramid schemes and drug trafficking. China recently banned trading in cryptocurrency raising concerns around its energy-intensive mining and national security.

INVESTORS VOUCH FOR ITThe voices of change in the age of digitisation, however, defy the conservative logic of ‘safety’ in financial instruments and urge the government to allow people to exploit their money to best use as they deem fit. Crypto investors vouch for its underlying blockchain application, which makes all transactions verifiable and immutable.

It is largely because of the blockchain technology, supported by Know Your Customer (KYC) norms, that cryptocurrency has positioned itself globally as an alternative financial system that does not require a centralized authority and helps users own money and make secure payments anonymously.

“Let the government tax cryptocurrency like commodities or assets, but allow trade,” said Dr Akash Rajpal (47), who vouches for investment in cryptocurrency. “I look at it as a hedge and with a high-risk reward angle. I put about 5-10 per cent of my investments in crypto and only in underlying fundamental coins,” says Rajpal.

He was first introduced to crypto at Singularity University, NASA, in 2012 when it was trading at $3. “I was interested in it due to the underlying blockchain concept,” he added. The National Association of Software and Services Companies (NASSCOM), in association with WazirX, the largest cryptocurrency exchange in the country, in its just-released report titled ‘Crypto Industry in India’, has shed light on how the Indian cryptocurrency market is on an exponential rise.

“As more and more young Indian investors are excited to explore newer investment options, they are adopting cryptocurrencies such as Bitcoin, Ethereum and Polygon to make investments that promise them viable returns,” the report states.

One of the key prognosis of the Nasscom report is that the CryptoTech industry will reach $241 million by 2030 in India, and $2.3 billion by 2026 globally. According to the report, more than 60 per cent of states in India are emerging as cryptotech adopters and, with over 15 million retail investors, the industry is increasingly attracting start-ups to adopt cryptotech.

ATTRACTIVE TO GEN-ZWhat makes cryptocurrencies attractive to risk prone Gen-Z is its transparency, decentralised character and volatility. The value of cryptocurrency is completely notional and dependent on faith. The price follows the laws of demand and supply. In the absence of regulatory control and oversight, market manipulation can occur, which introduces volatility.

“Crypto is primed to take our Prime Minister’s Digital India mission forward. In fact, our number of users from Tier-II and Tier-III cities have grown by 2,648 per cent and contributed to 55 per cent of total signups on WazirX in 2021,” said Nischal Shetty, CEO, WazirX. “Crypto has immense potential to contribute to our $5 trillion economy vision, and in the coming years, we’ll see crypto overcome the financial barriers for rural India, create access to jobs,” he added.

LEGAL HURDLESIn 2017, a top-level inter-ministerial committee was set up to analyse issues associated with virtual currencies and propose appropriate actions. The committee’s 2019 report highlights several risks associated with such decentralized virtual currencies by private parties, including risks of volatility, lack of regulation, technology-based risks such as phishing and Ponzi schemes, illegal and criminal use (such as terrorist financing and money laundering)

In June this year, the Directorate of Enforcement (ED) had issued a show cause notice to WazirX under Foreign Exchange Management Act (FEMA), 1999, involving cryptocurrency transactions worth Rs 2,790.74 crore. The ED said that it had initiated the probe on the basis of a money laundering investigation into Chinese-owned illegal online betting applications. In his reply, WazirX CEO Nischal Shetty had said that they were “in compliance with all applicable laws.”

BITCOIN WAS FIRST USED TO BUY PIZZAOn May 22, 2010, Florida resident Laszlo Hanyecz spent 10,000 Bitcoins at Papa John’s to buy himself two pizzas. Back then, his Bitcoins were worth only $40. But, since the crypto currency was a non-entity in the commercial world, Hanyecz reached out to the Bitcointalk community and openly traded his Bitcoins to anyone who would buy him these pizzas

FYI: You don’t have to buy a whole Bitcoin, which is worth around Rs 34 lakh. You can buy a fraction of BTC (or any crypto) for as low as Rs 100

STEPS TO TAKE BEFORE INVESTING IN CRYPTODo thorough due diligenceRead a project’s whitepaper and its use cases, roadmap and progressCheck the team’s background, their social media activityCheck if it’s listed on legitimate exchangesInvest based on risk appetite

BITCOIN AS AN INVESTMENT OPTION?Fixed supply of 21 million, i.e., only 21 million Bitcoins will ever be createdDigital asset which is not limited to any country, or entity, but available to anyone around the globeSlowly emerging as an alternative asset class which offers a high-risk, high-reward investment optionImportant to understand the high-risk high-reward aspect and invest based on risk appetite