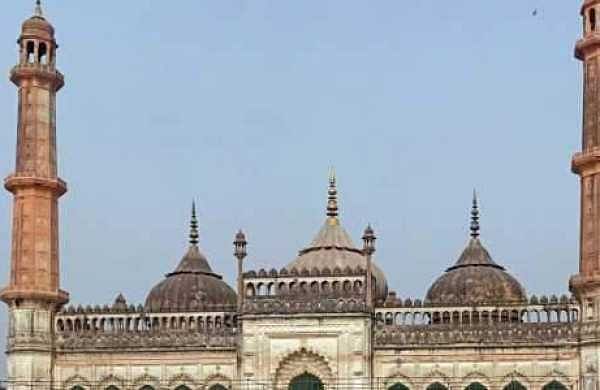 LUCKNOW: The prominent Shia clerics and Shia Muslim bodies including All India Shia Muslim Personal Law Board (AISMPLB) were left miffed and lodged a strong protest after a 30-second video clip of a girl dancing inside the Bada Imambara here on Friday went viral.

The prominent members of Shia community called the act ‘un-Islamic’ and ‘breach of sanctity’ of the religious structure. Protesting against such an act, Shias demanded a ban on the entry of the tourists at Bada Imambara and the youth wing of the community said they were going to lodge FIR in the matter.

Earlier, the Shia Muslims had demanded a ban on wedding shoots inside Bada Imambara and also opposed the shooting of ‘tik-tok’ videos in and around the premises.

In fact, an Imambara is a place or a building with a hall where people assemble for “Majlis” of Imam Husain and Martyrs of Karbala. It is mainly associated with Shia Muslims.

“We strongly oppose the act as it is a breach of the sacredness of the religious structure. We demand the immediate intervention of the district administration, the chairman of the Hussainabad and Allied Trust (HAT) that owns the structure, and demand a ban on the entry of tourists in the Bada Imambara,” said Maulana Yasoob Abbas, the senior Shia cleric and general secretary of AISMPLB.

Mortal Kombat tiktok inside Bara Imambara, Lucknow.PS: Imambara is a sacred place.#ImambarasOfLucknow pic.twitter.com/F9mcEfUp46
— Guzashta Lakhnau گزشتہ لکھنؤ (@GuzashtaLakhnau) October 1, 2021
The miffed Maulana reminded that Imambara was not a tourist destination “It is a religious structure and such acts hurts our religious sentiments,” said Maulana Yasoob Abbas.

Besides, he said that they have also written to the ASI and HAT to make all possible arrangements and install CCTV cameras in order to keep a check on such activities.

In the 30 second video, a girl in black attire and wearing a mask was seen dancing inside Bada Imambada that is also known as Asafi Imambara.

Since Asifi Imambara is an architectural marvel of Awadh, it is frequented by not only the tourists who visit Lucknow but also couples use it for the wedding shoot sessions. In 2019, the ban on pre- and post-wedding shoots inside the structure was imposed following objections raised by Shia Muslims, including cleric Maulana Kalbe Jawad.