Lucknow Diary: All that is happening in the ‘City of Nawabs’ 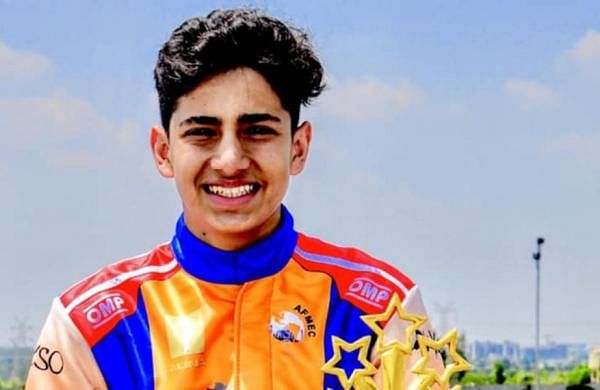 Uttar Pradesh teen formula car driver Shahan Ali Mohsin won two races of round one in the MRF Formula1600 category at MMSC FMSCI National Car Racing Championship in Chennai this week. A student of Class 12, the Agra-based champion took pole position even after he lost the first race due to overheating of the clutch. He won the next two races beating 11 drivers.

The championship has four rounds. Second will be organised in December and the remaining two in first quarter of 2022. There are three races in each round and the driver with highest points will be declared champion at the end of round four.

Three young scientists bagged the annual CDRI Award 2021 conferred by the CSIR-Central Drug Research Institute (CDRI). In the category of chemical sciences, Vishal Rai from Indian Institute of Science Education and Research, Bhopal, bagged the award for his work on precision engineering of proteins for enabling biology and medicine.

Sidhesh S Kamat from Pune’s IISER bagged the award for contribution towards understanding human neurological disorder using the chemical biology approach. Chandrima Das from Saha Institute of Nuclear Physics, Kolkata, bagged an award in the life sciences category for her work on decoding the epigenetic landscape – a concept representing embryonic development. The CDRI award was instituted in 2004 to promote drug discovery and development research in India.

A carnival organised at Gomti riverfront to mark World Tourism Day and the completion of 50 years of the Uttar Pradesh government’s tourism department concluded on Wednesday. The three-day extravaganza witnessed a variety of cultural events, including folk and Sufi performance by the Anhad Band. Many other events like magic show, puppet dance and folk dance of Uttar Pradesh besides the food festival of Lucknowi cuisine were a big draw.

In a first-of-its kind effort, the Uttar Pradesh Police personnel will be trained in Cardio-Pulmonary Resuscitation (CPR) to save lives on time.

The decision was taken by Uttar Pradesh DGP Mukul Goel, after attending a workshop with Dr Aditya Kapoor, head of the department of cardiology, Sanjay Gandhi Post Graduate Institute of Medical Sciences, and head of cardiology department at KGMU, Dr Sudhnashu Dwievdi.

The workshop was organized by iCARE, Mumbai. The DGP feels that as first responders, policemen should be well-versed with the perils of cardiac arrest and should receive training in CPR.