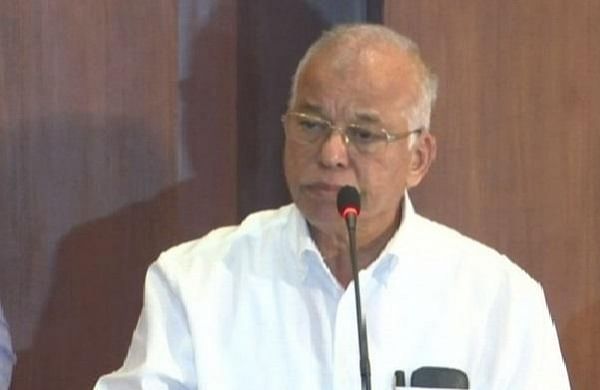 However, this is not TMC’s first attempt. It had tried in 2012 too but miserably failed and lost its deposit of all its 20 candidates in the 40 members of Goa state assembly.

In the 2014 Lok Sabha polls too, TMC candidate Churchill Alemao polled only 11,941 votes in South Goa Lok Sabha constituency against BJP’s Narendra Modi who got 1,98,776 votes.

TMC is likely to be formally announced its official entry into Goa politics on Monday with Faleiro scheduling a press meet.

In the last couple of months, the party has also increased its activities by inducting several leaders, including bureaucrat-turned-politician Elvis Gomes, former AAP convenor in Goa, and former East Bengal footballer Alvito D’Cunha, who had supported the TMC’s election campaign in West Bengal ahead of Assembly polls in May.

Girish Chodankar, President of the Goa Congress party says that Luizinho Faleiro joining TMC will not change the politics of Goa.

“In fact, Luizinho Faleiro was losing popularity in his constituency. He was not sure about his victory in upcoming state polls, therefore, changed the party to change the narrative he joined the TMC. However, that will not make any difference to us. It will only eat anti-incumbency vote but we are confident of coming to power this time,” Chodankar opined.

Sumi Naik, a senior journalist based in Goa said that the state’s political market is already crowded with national and regional parties.

“TMC wants to create its base ahead of Goa state assembly polls. It has a big challenge to create its own space. The reason there is no such natural traction to TMC in Goa. Earlier TMC tried twice but could not succeed. Besides, it has very limited time to expand the party base. Former chief minister Luizinho Faleiro can win one or two seats maximum,” Naik said.

However, Faleiro said that the women power will win Goa. He said that Mamata Banerjee symbolizes women power and in Goa also more than 40 per cent are voters.

“We are confident of winning as many as seats in Goa,” he added.

Commenting on TMC’s entry into the state, Goa CM Pramod Sawant said he would welcome such parties with utmost ‘hospitality’ as the state is known for its tourism.

“We will welcome these political parties….we are sure they will enjoy the Goa’s hospitality and then go back,” Sawant said.