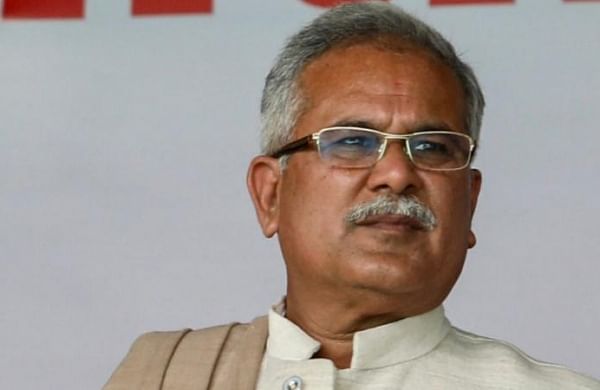 RAIPUR: Amid the simmering political turmoil over the mid-term change of leadership in the ruling Chhattisgarh Congress, the AICC has given Chief Minister Bhupesh Baghel a vital responsibility — that of the senior party observer for the Uttar Pradesh Assembly polls in 2022.

During the last couple of months, CM Baghel and senior minister TS Singhdeo were seen engaging, individually, with the party leadership in Delhi, reportedly over the 2.5-year power sharing formula in Chhattisgarh.

The speculations over the leadership issue in the state re-gained when around 20-odd state Congress legislators and leaders, most of them first time MLAs, camped in Delhi to act as “pressure group” against any change of guard. The act was repeated again, a month after the first one, in the national capital by the Congress leaders.

“But Chhattisgarh cannot become a Punjab”, the chief minister affirmed.

A known OBC face of the party
Led Congress secured a thumping majority in 2018 Assembly polls in Chhattisgarh
He is a farmer, so might carry an obvious appeal for the Congress party UP polls owing to his pro-farmer policy implemented in the state
One of the very few senior Congress leaders who aggressively attacks      BJP, RSS

“Look like the high command is not in a position to give an assurance to Baghel as it might antagonise the TS Singhdeo camp and further might reflect poorly on Rahul Gandhi, who is believed to have given the commitment over 2.5 years power sharing formula on rotation for the chief minister post”, said political analyst Parivesh Mishra.

Giving commitment to Baghel will also indirectly mean that Rahul Gandhi is going back on his promises.

“What if that might lead to Singhdeo’s resignation from the state cabinet. These MLAs cannot go to Delhi without the knowledge of the CM. Why are senior Congress MLAs or leaders not going but mostly the first time legislators are?”, wondered Mishra.

Apparently the Congress high command is not in a position to give an assurance to both of them on when Baghel will be replaced.

“Owing to such a fluid situation we wish to assure the party leadership that CM has all the support from the MLAs and there is good governance prevailing in Chhattisgarh. We are not sure how long the CM will continue”, said a source close to the Bhupesh Baghel camp.

So far none of the MLAs who are camping in Delhi for the last four days, in support for Baghel, got an audience from the party leadership.

Since the Congress leadership is facing a crisis in Punjab, it appears to be weak. So Baghel and his supporters want to create an impression before the party high command that with so many leaders with him, there is no point in change of leadership in the state.

This evidently seems as another attempt of a show of strength.

Now, appointing Baghel as the AICC observer also hints of a possibility that he might continue as the chief minister at least till the UP elections and the issue of power sharing arrangement remain pending.

Meanwhile, Singhdeo cited the continuing political situation as an opportunity rather than a tug-of-war within the party as he reiterated that the high command has reserved its decision (on change of leadership).