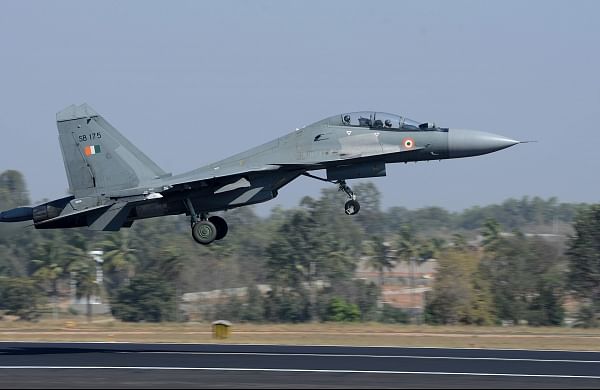 The Odia air force officer, now posted as Senior Air Staff Officer in the Central Air Command, is likely to assume the charge of the Eastern Air Command on Sunday.

An alumnus of the National Defence Academy (NDA), Khadakwasla, the officer was commissioned in IAF as a fighter pilot in 1984. He is the first Odia officer to be chosen for the top post.

Air Marshal Dilip Kumar PatnaikPatnaik was awarded the Vayu Sena Medal (Gallantry) for his exceptional courage and bravery while flying the Mirage 2000 aircraft for bombing missions on the enemy positions at Muntho Dhalo, Tiger Hill and Muskoh Nala during the Kargil War in 1999.

The air force officer had carried out the first ever night laser guided bomb strike on Tiger Hill at 2.20 am on June 28 without caring for his personal safety and achieved a direct hit paving the way for the Army to capture the hill.

After his schooling from DM School and Kendriya Vidyalaya-1 in Bhubaneswar, he joined the NDA.

The air force officer held several crucial positions in IAF during his illustrious career spanning over three decades and was actively involved during the Balakot operation.

Chief Minister Naveen Patnaik congratulated the Air Marshal, who is scheduled for appointment as Air Of ficer Commanding-in-Chief of the Eastern Air Command.

“His elevation will be an inspiration for youth from Odisha to join the forces and aspire to serve the nation,” he tweeted.