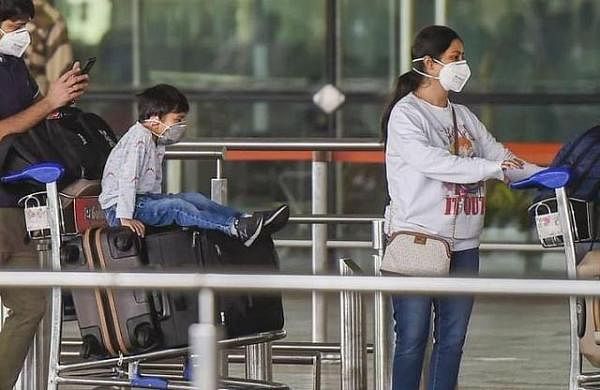 In a reciprocal measure, all UK nationals arriving in India from October 4 will have to undergo RT PCR tests and a 10-day mandatory quarantine.

Under the new norms, all British nationals arriving in India from the UK, irrespective of their vaccination status, will also have to undertake the pre-departure COVID-19 RT-PRC test within 72 hours before travel, the sources said.

The tests will be conducted irrespective of the passengers’ vaccination status and they will also have to take them eight days after arrival.

A 10-day quarantine at home or in destination address will also be deemed mandatory come October 4, sources said.

Earlier on Tuesday, India warned of “reciprocal measures” if the UK does not address its concerns over the new travel rules relating to COVID-19 vaccine certification, going a step further, Foreign Secretary Harsh Vardhan Shringla described these norms as “discriminatory”.

According to the new rules announced by the UK, Indian travellers who have received both doses of the Covishield vaccine manufactured by the Serum Institute of India (SII) will be considered unvaccinated and will have to undergo self-isolation for 10 days.

External Affairs Minister S Jaishankar had also taken up the issue of Covishield-vaccinated travellers being required to quarantine in the UK with newly-appointed British Foreign Secretary Elizabeth Truss at a meeting in New York.

“The basic issue is that here is a vaccine, Covishield, which is a licensed product of the UK company, manufactured in India of which we have supplied five million doses to the UK at the request of the government of the UK. being used under the national health system, and, therefore, non-recognition of Covishield is a discriminatory policy and does impact those of our citizens travelling to the UK,” Shringla had earlier said at a media briefing here.

Developed by researchers at the University of Oxford and pharma giant AstraZeneca, Covishield is one of the two anti-COVID vaccines used by India — Bharat Biotech’s Covaxin being the other –in its vaccination drive across the country.