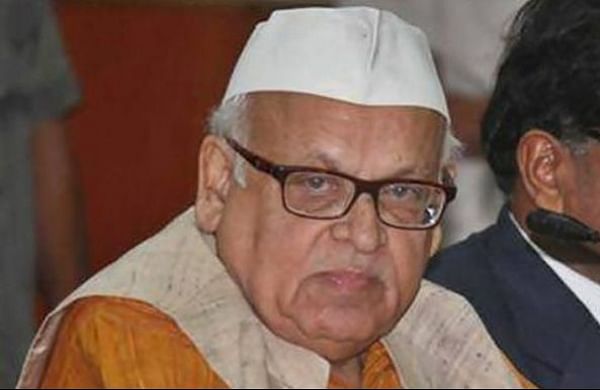 ALLAHABAD: The Allahabad High Court on Friday stayed the arrest of former Uttar Pradesh governor Aziz Qureshi in a sedition case for making an alleged derogatory remark against the Yogi Adityanath government.

A two-judge bench of the high court, comprising justices Pratinker Diwaker and Mohammad Aslam, passed the order on a petition filed by Qureshi seeking a stay on arrest and quashing of the FIR filed against him by local BJP leader Akash Kumar Saxena at the Civil Lines police station in Rampur district on September 5.

During the course of the hearing, the counsel representing the state requested the court for three days’ time to seek instructions and summon the case diary.

Senior advocate Salman Khurshid, appearing for the petitioner through video-conferencing, said that considering the facts and background of the case and also that the petitioner, aged around 82, is a former governor of Uttar Pradesh and two other states, he should be protected by some interim order so that he may not be harassed.

In his complaint, Saxena alleged that Qureshi had used a derogatory statement against the Adityanath government.

“The statement can create tension between two communities and create unrest in the society,” he had said in his complaint.