Only AAP can form stable government in Punjab: Kejriwal 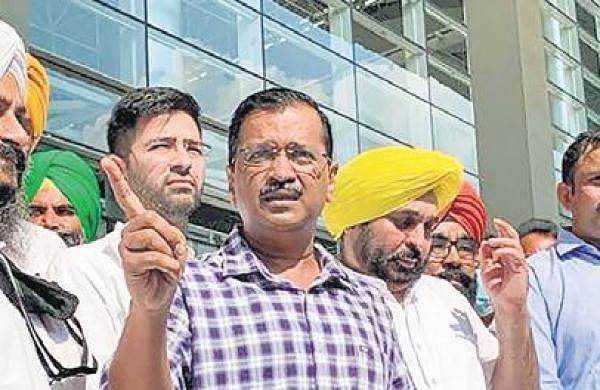 CHANDIGARH/NEW DELHI:  Delhi Chief Minister Arvind Kejriwal gave a five-point agenda to his Punjab counterpart Charanjit Singh Channi. He stated that the AAP was the only alternative for a stable government in Punjab. Amid the crisis in Congress, Kejriwal landed here on a two-day visit to Punjab on Wednesday.

Kejriwal asked Channi to fulfil all the pending promises made by his predecessor Capt Amarinder Singh.Kejriwal said: “The tainted ministers and officers recently appointed on key posts should immediately be removed and cases should be registered against them. People of Punjab are upset over Bargari sacrilege case. The mastermind of the cases, I don’t need to say who are they and till date they have not been arrested. All those accused can be arrested within 24 hours, if the government wants. Channi should read Kunwar Vijay Pratap Singh’s report and he will thus find the names.”

The AAP national convenor went on: “The unemployed should be provided jobs and till the employment is granted they should be given allowances. All farm loans should be waived off. The power purchase agreements made by the previous SAD-BJP government in the state should be cancelled.”

Kejriwal added, “If Channi is serious, he should take at least these five decisions in his four-month stint. In my maiden 49-day stint as Delhi CM, I had made electricity cheaper, offered water for free and put the brakes on corruption.”

Kejriwal added, “We have said again and again that we will give you (Punjab) such a chief ministerial face that all of you will be proud.” Kejriwal held a meeting with representatives of the industry here, assuring to set up a panel to resolve their issues if his party was voted to power in the state.