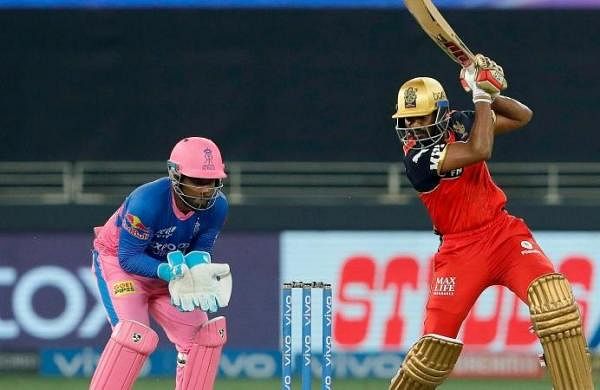 Chasing 150, Glenn Maxwell and Srikar Bharat scored 50 and 44 respectively as RCB defeated Rajasthan Royals by seven wickets with 17 balls to spare. With this win, RCB consolidated its position at the third spot with 14 points from 11 games.

“I thought we played really well. They got off to an absolute flier and to bring them back in the last 10 overs was outstanding, then we controlled the tempo of the innings and finished it off. I have felt good since coming here, got myself into a nice routine at training and outside of training as well, just feel like it is really clicking for me. I don’t suppose it (the atmosphere) is different to any other franchise, just what we have created as a group,” Maxwell told host broadcaster Star Sports after the game ended.

ALSO READ | My job is to provide good base for finishers like AB de Villiers, Maxwell: RCB’s KS Bharat

Earlier, Harshal Patel’s three-wicket haul helped RCB restrict Rajasthan Royals to 149/9 in the allotted twenty overs. For Sanju Samson’s side, Evin Lewis top-scored with a knock of 58 runs from 37 balls. Yuzvendra Chahal was adjudged as Man of the Match for his two-wicket haul.

“It is nice to have a bunch of guys doing different things and not relying on one guy. Everyone is chipping in and it has been a really enjoyable group so far. I wouldn’t call it an experiment, he’s (Bharat) a genuine top-class batter and the way he has gone about his innings is outstanding,” he added.

RCB will next square off against Punjab Kings on Sunday in the ongoing IPL.