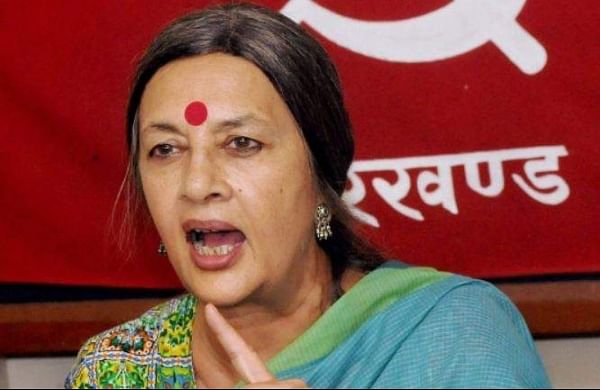 GUWAHATI: CPI-M politburo member Brinda Karat said Assam’s BJP government had targeted the people at Garukhuti in Darrang district through an eviction drive as they were Muslims.

After visiting the site and sharing the party’s findings, Brinda said the 1,000 families evicted were the citizens of India with every single document to prove it. She said although many of them were registered in the 1951 National Register of Citizens (NRC), yet, they were treated worse than the “prisoners of war”.

“…This shameless government with a 12-hour notice came with a big police force, evicted them and bulldozed their houses. They did not care about women, children or anything and fired and killed two and injured so many. This happened for one reason alone – they are minority community members. They belong to the Muslim community,” Brinda said.

Earlier, Chief Minister Himanta Biswa Sarma had stated the eviction drive was not against any community but encroachers. BJP national general secretary Dilip Saikia had claimed the people evicted were “Bangladeshis” who came over the past few years and grabbed government land.

The displaced people are now lodged in tents which they erected at a government-identified land on the bank of the Brahmaputra.

“They are living in conditions which are unbelievable. There is no water, no latrine and no houses. There are no facilities. There is no food since September 23 till today. This is their condition. This is the worst nightmare of what a Hindu rashtra’s agenda actually is. It is anti-national and anti-constitutional and we will fight against it,” Brinda added.

A CPI-M statement said no government officials visited the people since September 23. The party said the government deployed the police personnel at the site to intimidate the people.

“We also saw government deployed tractors ploughing the land and sewing the land. Again without settling the claims, the government is taking illegal measures to grab the land,” the statement said.

“It is a shame on the police present there that they remained by-standers when the most hateful and barbaric attack took place by a photographer, employed by the administration, who repeatedly jumped on the prone body of a victim. It is indeed unprecedented that not a single policeman has been held responsible for conniving with such an atrocity,” the statement added.

Ainuddin Ahmed, advisor to the All Assam Minority Students’ Union, said the evicted people were being provided assistance by various Muslim organisations and NGOs.