2022 UP polls: Priyanka to spend 5 days a week in state to see ground reality 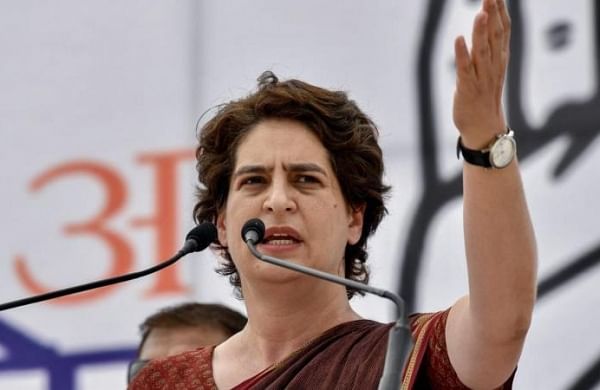 LUCKNOW: Working day in and day out to revive Congress in UP ahead of 2022 electoral battle, Congress general Secretary Priyanka Gandhi Vadra seems to be ready with her master plan. As per the plan, she would now spare five days a week to the party in the state and spend only the weekend in Delhi.

Priyanka has reportedly prepared an elaborated plan to tour the state and stay in different districts to get the pulse on the ground.

As per the highly-placed Congress sources, Priyanka will sound her party’s poll bugle from Prime Minister Narendra Modi’s parliamentary constituency Varanasi on October 10. She would also supervise Congress’s ambitious Pratigya Yatra which would take off on October 17. During the Yatra, to take off from four different places in the state, the Congressmen would reach out to the common man to expose the alleged failures of the BJP government in the state.

The Yatra is likely to culminate into a big rally in Lucknow drawing senior Congress leaders including Priyanka in November.

However, reviewing the party’s poll preparedness on the third day of her current 5-day visit to UP on Thursday, the Congress general secretary participated in a meeting of the newly constituted screening committee for finalising party tickets.

ALSO READ | 2022 UP elections: BJP to deny tickets to 150 aspirants; MLAs, poll losers in the list

The Congress is still collecting applications from those who wish to contest the polls and has sought suggestions from various units of the party, including the district committees. These suggestions were taken up in the meeting.

Priyanka, who is chairing meetings with the state leadership, is an ex-officio member of the committee along with state Congress president Ajay Kumar Lallu, Congress Legislative Party leader Aradhna Mishra, and the party secretaries in charge of the state.

After the meeting at Kaul house in Lucknow, Priyanka met the members of the Nishad community and heard their grievances in detail at Congress headquarters. She also held a dialogue with the party’s social media handlers.

In the last assembly elections in 2017, Congress had fought in alliance with the Samajwadi Party (SP) and had won just seven seats with a vote share of 6.5%. However, SP had declined from 229 to 47, and BSP to just 19 from 80 seats. The BJP had romped home with a huge majority winning 312 of 403 seats.