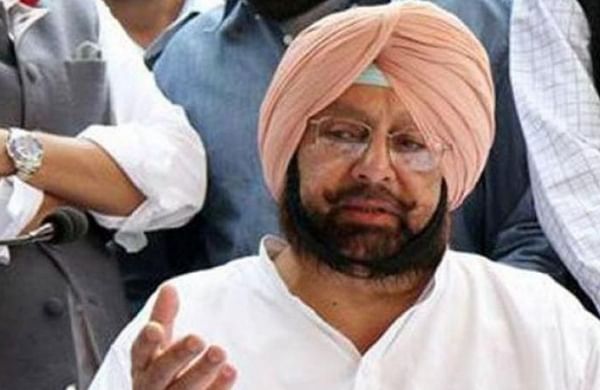 Congress chief spokesperson Randeep Surjewala alleged that the arrogance of those sitting in power has been hurt ever since a Dalit has been made the chief minister of Punjab.

“The arrogance of the those sitting in power has been hurt. Because if a Dalit is made the chief minister, they ask who is taking the decisions in the Congress,” he asked.

His remark came after Kapil Sibal, a leader of the G-23 dissident group, said there is no elected president in the party and wondered who was making the decisions.

“The centre of anti-Dalit politics is nowhere else but Amit Shah’s residence,” Surjewala alleged, though he did not mention the Shah-Amarinder Singh meeting.

“Amit Shah ji and Modi ji are burning in the fire of vengeance from Punjab. They want to take revenge on Punjab as they have so far failed to serve the interests of their capitalist friends with the black anti-farmer laws. BJP’s anti-farmer conspiracy will not succeed,” he said in a tweet in Hindi, using the hashtag “NoFarmersNoFood”.

The Congress had hand-picked Charanjit Singh Channi, a member of the scheduled caste community, as the chief minister of Punjab after Amarinder Singh resigned from the post alleging that he has been humiliated following an open revolt by the faction led by Navjot Singh Sidhu.

After meeting Shah, Amarinder Singh said he discussed the prolonged farmers stir with him.

However, the politically significant meeting raised speculation over Singh’s future plans ahead of the polls in Punjab with some political analysts viewing it as an indication that he may be seeking the support of the Bharatiya Janata Party (BJP).

Madhya Pradesh Chief Minister Shivraj Singh Chouhan on Wednesday took a swipe at Rahul Gandhi saying that he was busy in sinking the Congress, and added that he disturbed his own party’s government in Punjab.

Chouhan also said the BJP does not need to do anything as long as Rahul Gandhi was there in the Congress.

He was addressing a public gathering in the villages of Prithvipur Assembly constituency in Madhya Pradesh on Wednesday, a day after the announcement of bypolls to one Lok Sabha and three assembly seats in the state.

“Since Rahul Gandhi is there, we don’t need to do anything,” he added.

During his day-long visit to Tikamgarh district, Chouhan also interacted with the students of a school on his way to Shivrajpur.

He shared a video of his interaction on his Twitter handle, in which he told the students to study and informed them that a fully equipped school under CM Rise Scheme.

Earlier on Tuesday, the Election Commission had announced the bypolls to three Lok Sabha seats and 30 assembly constituencies spread across various states.

The polls will be held on October 30.

In addition to Khandwa Lok Sabha seat, the bypolls were also announced on three assembly segments of Madhya Pradesh, including Jobat (ST) in Alirajpur district, Prithvipur in Niwari district and Raigaon (SC) in Satna district.

After his meeting that lasted for about 45 minutes, Singh tweeted “met Union Home Minister Amit Shahji in Delhi.

Discussed the prolonged farmers’ agitation against #FarmLaws & urged him to resolve the crisis urgently with the repeal of the laws & guarantee MSP, besides supporting Punjab in crop diversification.#NoFarmersNoFood.”

However, the politically significant meeting, which came days after Singh resigned as chief minister after accusing the Congress of humiliating him, raised speculation over his future plans ahead of the polls in Punjab with some political analysts viewing it as an indication that Singh may be seeking the support of the Bharatiya Janata Party (BJP).

In a series of tweets in Hindi, he said, “the arrogance of the those sitting in power has been hurt. Because if a Dalit is made the Chief Minister, then they ask who is making the decisions in the Congress.”

“The centre of anti-Dalit politics is nowhere else but Amit Shah’s residence,” he alleged.

He also alleged that “Amit Shahji and Modiji are burning in the fire of vengeance. They want to take revenge on Punjab as they have so far failed to serve the interests of their capitalist friends with the black anti-farmer laws. BJP’s anti-farmer conspiracy will not succeed #NoFarmersNoFood.”

Singh’s meeting with Shah has added another dimension in politics in Punjab where no party is being seen as a clear favourite in the polls, expected to be held early next year.

Amid speculation that the former chief minister may join hands with the BJP, a senior BJP leader said such a possibility cannot be ruled out.

A lot will depend on whether the Centre makes a climbdown on the contentious farm laws, other sources said.

If the Modi government works to resolve the farmers’ issue then it will smoothen Singh’s path to either join the BJP or support it, they said.

With the farmers’ protests also seen to be affecting the BJP’s prospects in western UP, the Modi government may intensify efforts to end the stir.

Uttar Pradesh and Punjab are among the five states going to the assembly polls early next year.

Sources close to Singh said the former chief minister is learnt to have also discussed the internal security situation in Punjab with Shah.

Singh has been claiming that instability in Punjab may give Pakistan a handle to create disturbance in the border state.

He has also accused Congress leader Navjot Singh Sidhu of being “close to (Pakistani Prime Minister) Imran Khan” and alleged that he is “dangerous” for the border state.

Singh arrived in the national capital on Tuesday.

There are reports that Amarinder may call on Prime Minister Narendra Modi, but there is no official confirmation.

According to the sources, the veteran Congress leader may also meet some of the ‘Group of 23’ leaders, including Kapil Sibal and Ghulam Nabi Azad.

Singh’s meeting with Shah assumes significance as the Congress leader has not divulged his future plans but had asserted that he has not quit politics and would fight till the end.

Singh has also said that there were several options before him.

He had also launched a scathing attack on his bete noire, Sidhu, who was appointed as the president of the Punjab unit of the Congress.

Sidhu quit as the Punjab Congress chief on Tuesday.