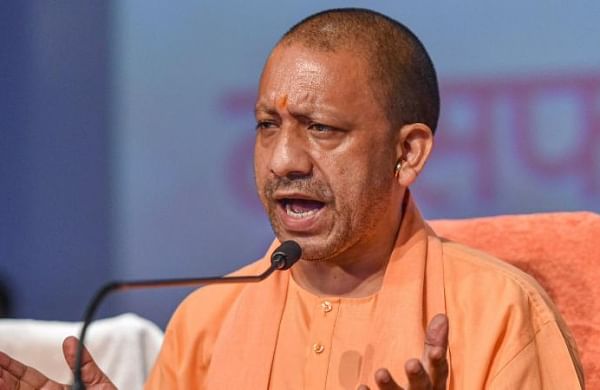 LUCKNOW: Once bitten twice shy. The experience gained by the BJP through its alignment with OP Rajbhar’s Suheldev Bharatiya Samaj Party (SBSP) which parted ways after disagreements over seat sharing for the 2019 Lok Sabha elections has given the ruling party a lesson or two on alliance politics.

Seemingly having had enough of political bargaining by allies, the BJP is now focusing more on grooming its own homegrown leadership of various castes, especially OBCs, MBCs and Scheduled Castes, instead of banking much upon other caste-based parties at the time of elections.

The latest expansion of the Yogi Adityanath cabinet is apparently a clear reflection of this ideology. Moreover, the BJP has also broken the mould of being an urban upper caste party after the recent expansion. Now, the cabinet is dominated by the OBC-SC combination.

Though the saffron party has sealed a pre-poll alliance with Sanjay Nishad’s NISHAD party last week and nominated him to the Council, the latest expansion of the Yogi cabinet reflects the BJP’s intent to nurture leaders of marginalised castes including Most Backward Castes and SCs within the party so that it doesn’t have to depend upon others to win over those castes.

Belying the speculation that Sanjay Nishad would find a place in the Yogi cabinet, the party chose its own Sangeeta Balwant Bind, a 41-year-old woman politician from Bind (riverine) community, as a minister of state. Sangeeta Balwant is a postgraduate lawmaker from Ghazipur in eastern UP.

Similarly, despite having Apna Dal, a party of Kurmis — the second largest caste among OBCs after Yadavs — in its fold, the appointment of Chahhtrapal Gangwar, an MLA from Bahedi in Rohilkhand, is an effort to consolidate Kurmi leadership within the party. While Yadavs make up around 20 per cent of the OBC population in UP, Kurmis are second with 10 per cent.

Moreover, the appointment of Chhatrapal Gangwar is also seen as a move to pacify the Kurmis of Rohilkhand after the removal of Santosh Gangwar from the Modi cabinet in the last expansion.

However, the BJP’s allies – Apna Dal and NISHAD party — wield quite an influence among their respective communities.

The party’s intent to nurture its own leaders is substantiated by the fact that when Anupriya Patel, chief of the Apna Dal, was made a minister in Modi cabinet’s expansion in July this year, the BJP also appointed its own Kurmi MP from Maharajganj Pankaj Choudhary in the Union ministry.

In 2019, when OP Rahbhar of the SBSP, an OBC belonging to the Rajbhar subcaste wielding significant influence in several east UP assembly segments, fell out with the BJP, the ruling party promptly promoted its own Anil Rajbhar, making him a cabinet minister of the backward classes welfare department which Om Prakash handled prior to his exit.

“The BJP may not be having a Rajbhar leader of a similar appeal as OP Rajbhar, but the party is making concerted efforts in that direction,” says Prof AK Mishra, a political scientist.