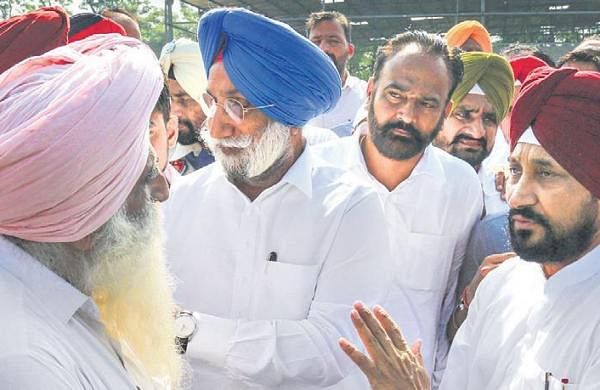 CHANDIGARH:  One of the key reasons for the unceremonious exit of Amarinder Singh as CM was his inability to satisfy his party about his government’s action in the sacrilege incidents, six years after they took place under the SAD-BJP dispensation in Punjab.

The Chanranjit Singh Channi-led government is under watch by sections across all parties in Punjab. The main opposition, the AAP, is particularly aggressive and has demanded the new government set a deadline to deliver justice in these cases. The SAD has dared the Congress government to show “proof” of its involvement in such cases. The Amarinder Singh government had early this year come under fire as the High Court directed it to reconstitute the special investigating team, without IPS officer Kunwar Vijay Partap Singh, in the sacrilege cases.

The Amarinder government had then set up two SITs to investigate the sacrilege and police firing cases. These SITs are running against time as the election code of conduct is expected mid-December. The sacrilege case had spelt doom for the SAD-BJP government in 2017. The cases go back to October 14, 2015, when the police opened fire on a crowd in Bargiri village protesting ‘sacrilege’ in Kotkapura, killing two persons. The incident acquired the centre stage of politics in the last assembly as well as the 2019 LS polls.

The SAD and AAP had attacked the state government for the shoddy probe. Navjot Singh Sidhu, who is now the state Congress chief, had hit out at his own party for “not presenting the facts” in the case.  Amarinder had resigned on September 19 after a four-month open feud with Sidhu who was supported by four ministers — Channi included — in the Captain’s team.

The day he resigned, Amarinder wrote to party chief Sonia Gandhi had informed her that he was taking action in the case. He asserted that despite legal hurdles and “refusal” by the CBI to take up the cases transferred to them by the SAD-BJP government, his government had succeeded in filing 10 challans. Fifteen police personnel were suspended and 10 civilians arrested. “The criminal proceedings are currently underway and I am sure that in due course, justice will be done,” Amarinder wrote.

Channi, while on a visit to the Golden Temple, had said his government’s priority would be to bring to justice the perpetrators of the crime.  “I don’t see any culprit being punished in the coming months,’’ says political analyst Prof Kuldeep Singh pointing to the lack of time for a tangible government action.