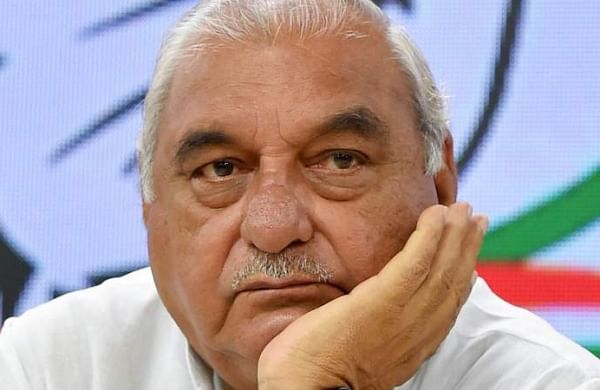 NEW DELHI: As farmers have called for a Bharat Bandh to mark one year of three farm laws, former Haryana Chief Minister and Congress leader Bhupinder Singh Hooda said that the government should talk to the protesting farmers without putting any prior condition.

Speaking to ANI, Hooda said, “All the Opposition parties, including Congress, are supporting farmers call for Bharat Bandh. We are supporting the farmers’ demand to repeal three farm laws.”

Regarding Agriculture Minister Narendra Singh Tomar’s statement that the government is willing to talk to the farmers, the former CM said, “We can find a solution by coming to the table and discussing. But for discussion, there should be no prior condition. The talks should be unconditional.”

Meanwhile, Deepinder Singh Hooda, Congress MP told ANI, “When the government ignores or overlooks legitimate demand of the farmers, what are the options left other than protesting. The farmers are protesting peacefully and this is the only resort left with these farmers.”

He added, “If the government wants to bring reform in the agriculture then it should repeal these laws and bring fresh law, place it before the parliamentary standing committee, and invite the farmers’ representatives, ask their suggestion and then implement it.”

A Bharat Bandh was called by the farmer unions on Monday, September 27, 2021, as the three farm laws completed the first anniversary of their enactment.

The governments of Tamil Nadu, Chhattisgarh, Kerala, Punjab, Jharkhand and Andhra Pradesh have extended their support to the bandh, and the effect of protest was seen in these states. In Andhra Pradesh, Left parties protested in front of the Vijayawada bus station to observe the Bharat Bandh.

“It is a national protest against policies of the Central government. Farmers are protesting for the last 10 months against the farm laws,” state secretary of CPI (M) P Madhu said.