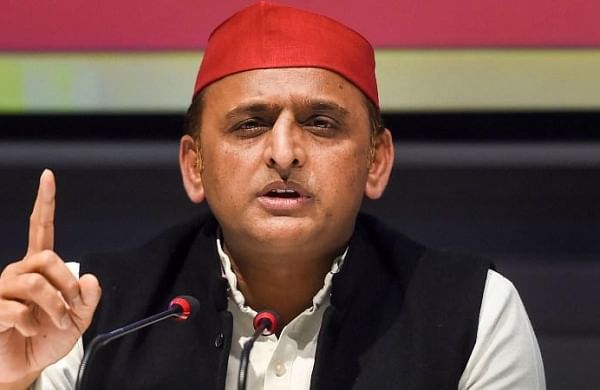 LUCKNOW: Samajwadi Party (SP) chief Akhilesh Yadav on Sunday accused the BJP of “changing” the caste of ninth-century ruler Mihir Bhoj and tampering with historical facts to secure the votes of a certain community.

This comes days after Uttar Pradesh Chief Minister Yogi Adityanath unveiled a 15-foot statue of the ruler in Gautam Buddh Nagar’s Dadri, stoking a controversy that saw sections of Gurjar and Rajput communities stake claim over the king’s legacy.

“It is taught in history that King Mihir Bhoj was a Gurjar-Pratihar. But the BJP people have changed his caste,” Yadav said in a tweet in Hindi.

“This is condemnable. The BJP is deliberately trying to tamper with historical facts and divide society to secure the votes of a particular side,” he said.

The SP chief added that his party stood for respect and honour for all sections of the society.

After unveiling the statue on September 22, Adityanath had said, “No foreign ruler was able to intrude India during the rule of King Mihir Bhoj.

They were so frightened of him that nobody dared to attack India even 150 years after his rule until Mehmud Ghaznavi invaded and plundered the country.”

“A community that forgets its past and traditions is unable to protect its geography also, and something like this has happened with us as well,” he said then.

Soon after, a controversy erupted between sections of Gurjar and Rajput communities in Dadri over the king’s legacy.

Later, a video surfaced purportedly showing a local community leader tampering with the foundation stone plaque of the statue and changing the prefix in the king’s name.

Noting the rift between the two communities, Adityanath advised them against confining great icons within the boundaries of caste, saying their sacrifices were for the whole of India to cherish.

“Maa Panna Dai had taken Maharana to a safe place by sacrificing the life of her son. Not just the Gurjar community, but entire India should feel proud of her great sacrifice,” he tweeted.