Low pressure area over Bay of Bengal to turn into depression, heavy rains likely in Odisha 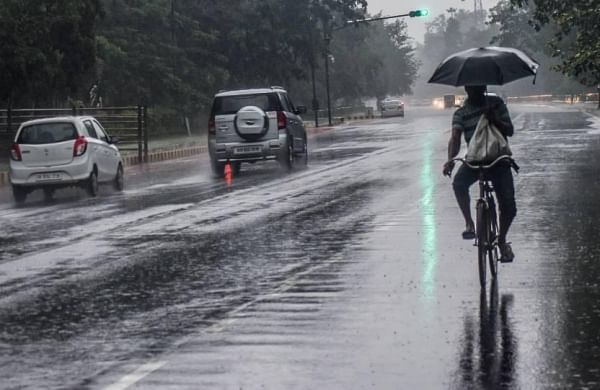 NEW DELHI: A low pressure area over the Bay of Bengal is likely to intensify into a depression on Saturday and bring heavy rains in Odisha and Andhra Pradesh over the next three days, the India Meteorological Department (IMD) said on Friday.

Latest satellite and radar imageries and meteorological observations indicate that a well-marked low pressure area has formed over east-central and adjoining northeast Bay of Bengal, it said.

It is likely to concentrate into a depression during the next 12 hours and move west-north westwards towards the Odisha coast during the next 48 hours, according to the IMD.

On September 26, light to moderate rains at most places with heavy to very heavy falls at a few places and extremely heavy falls at isolated places are very likely over south and coastal Odisha, it said.

Squally wind speed reaching 55-65 kilometres per hour gusting to 75 kmph is very likely northwest and adjoining west central Bay of Bengal and along and off Odisha, West Bengal and north Andhra Pradesh coasts on September 26.

The IMD said light to moderate rains at most places with heavy to very heavy and extremely heavy falls at isolated places are very likely over Chhattisgarh on September 27.