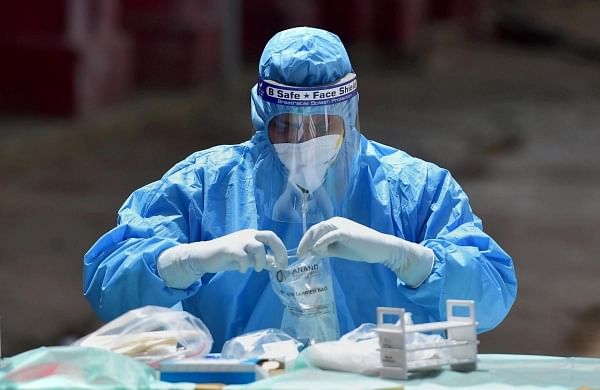 BHOPAL: A Covid blast has happened at the Army War College (AWC) in Mhow town of Madhya Pradesh’s Indore district. As many as35 Army personnel tested positive for the killer virus in the last three days.

While five of them tested positive on Tuesday, 30 others tested positive in a single day on Thursday. According to the daily Covid report released late on Thursday night by the Indore district’s chief medical and health officer (CMHO) office, out of the 8,552 samples tested on Thursday, 32 tested positive, 8,512 tested negative, and the remaining 8 samples were found insufficient for processing.

Out of the 32 positive samples, 30 were from the Military Hospital in Mhow cantonment town. With this, the number of total active Covid patients in Indore jumped to 53 in just 24 hours. Prior to this, a maximum of 34 samples were tested positive for Covid in the Indore district on June 16.

As per informed sources, while five Army personnel had tested positive on Tuesday, subsequent testing of their contacts samples led to 30 more junior and senior officers testing positive on Thursday for the killer virus.

Meanwhile, the Indore district CMHO Dr BS Setiya said all the 35 positive patients were asymptomatic and fully vaccinated. All of them are being treated in isolation.

Informed sources said that the 35 Army personnel, who tested positive in three days, included those who had returned from a training exercise in a north Indian state.

Based on the contract tracing of the 30 Covid positive Army personnel, 40-50 more samples have been sent for testing on Friday, whose reports are likely by late Friday night.

A strict lock-down has reportedly been enforced in the AWC following 35 personnel testing Covid positive and entry of all civilians (most of them running commercial establishments inside the campus) has been prohibited till further orders.

Some events forming part of the ongoing celebrations to mark the golden jubilee of India’s victory over Pakistan and subsequent liberation of Bangladesh in the 1971 war too are likely to be put on hold in the AWC.

The AWC (originally established as the College of Combat at Mhow in April 1971) is a defence service training and research institution of the Indian Army located in Mhow, which develops and evaluates concepts and doctrines for tactics and logistics for the army. The college trains 1,200 officers of the Army as well as paramilitary forces each year.