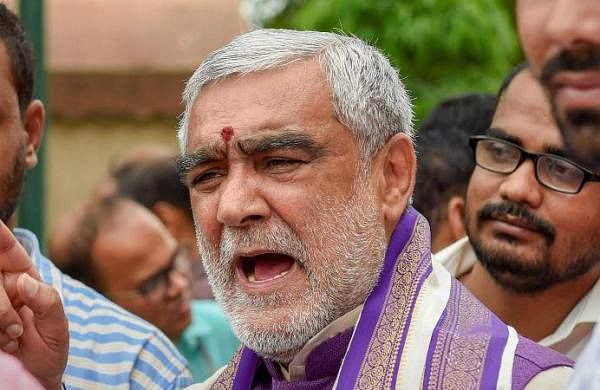 Addressing media persons during his maiden visit to Nagaland, Choubey, the union minister of state for environment and forest climate change, said the Centre is concerned about the north eastern states and consider the region as one of the most important parts of the country.

It is focussing on the region since the situation has improved to a great extent and there is a possibility for its all round development, he said adding that it is the Centre’s prerogative that development should reach the north east states.

Referring to the steps taken by the Centre in Nagaland, Choubey said Rs 20 crore has been sanctioned for rehabilitation and for discouraging Jhum (shifting cultivation) in the state as proposed by its government.

Capital Kohima and Dimapur have been selected for the Nagar Van Scheme which enforces people’s participation and collaboration between the forest department, municipal bodies, NGOs, corporates and local citizens for promotion and development of cleaner and greener enviornment.

Plant trees and Save trees’ is Prime Minister Narendra Modi’s message to the people, he said and urged the people to plant more and more trees as it will benefit the land, make the state pollution free and provide better climate.

The Centre is willing to help the state to improve its forest area and assured to enhance the status of the forest personnel and add more facilities for the departments.

Rio, whom the union minister met, tweeted, “He (Choubey) is in Nagaland to review different forest and consumer affairs departmental projects in the state. Grateful to him for his concern and support for Nagaland.”