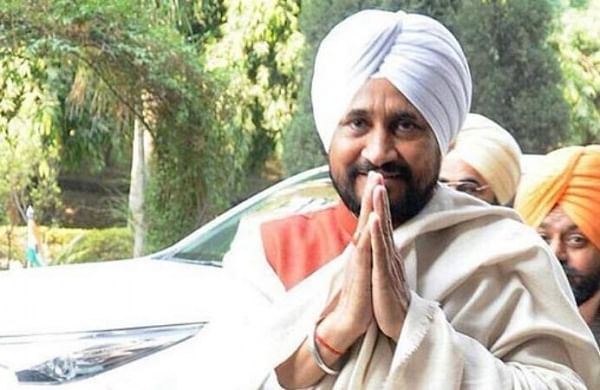 At his first press conference later, Channi, 58, teared up as he described himself as an “aam aadmi” — a common man — and a poor person, while thanking the Congress high command for picking him for the post.

The three-time MLA from Chamkaur Sahib recalled that he has pedalled a rickshaw and his father ran a “tent house”.

Channi didn’t offer many details but the sops appear to rival those announced by the Aam Aadmi Party (AAP), which is the main opposition in Punjab.

The CM said there will be no water and sewage charges for houses up to 150 or 200 square yards in urban areas.

A decision on this will be taken when the cabinet meets, he said.

His government would also reduce the electricity tariff.

“My wife is a doctor, my brother is a doctor. There are employees in my house. When the power bill comes, my wife tells me that the money goes from her pocket these bills will be reduced,” he said The cabinet will also take a decision on dealing with sand-mining mafias.

Channi said he and his party did not want the mafia in the state.

Hours before the swearing-in, a remark by Harish Rawat, the Punjab in-charge at the AICC, triggered a controversy over Channi’s role in the few months remaining before the assembly elections.

Rawat reportedly said the election will be fought under the leadership of Pradesh Congress Committee headed by Navjot Singh Sidhu.

Former state Congress chief Sunil Jakhar tweeted that he found the remark “baffling” and it could “undermine” the authority of the new CM.

Channi and the two deputy chief ministers — a Sikh and a Hindu in the balancing act by the Congress leadership — took their oaths in Punjabi.

All three were part of the Cabinet led by Amarinder Singh, who resigned as CM on Saturday just before the Congress Legislature Party meeting called by the party’s central leadership.

After hectic consultations on Sunday, the party picked Channi as the new CLP leader.

For months, Amarinder Singh and Sidhu had been gunning for each other in a bitter power struggle in the state unit of the Congress.

Channi was considered to be in the Sidhu camp.

Rawat and Sidhu were by his side as Channi addressed the media.

Channi urged the Centre to repeal the three laws over which farmers have been protesting for months.

The CM said he will become the voice of the common people of Punjab and will always remain accessible.

“Together, we have to make Punjab prosperous. Punjab is primarily an agrarian state. This government is pro-farmer,” he said.

On Amarinder Singh, Channi said he did good work as CM.

“He is also known as the protector of water rights. He is our party leader.”

The new CM said his government will remain committed to the Congress leadership’s 18-point agenda for the state and the previous election promises will be fulfilled.

The party agenda includes justice in the case of the desecration of the Guru Granth Sahib in 2015, combating drug trafficking and scrapping power purchase pacts signed earlier.

“We will ensure a transparent government,” he said.

The chief minister assured that the issues over which government employees are protesting will be resolved.

Channi’s appointment allows the party to play the Dalit card in the elections.

An estimated 30 per cent of the state’s population, counting both Sikhs and Hindus, is from the scheduled caste community.

His deputy Randhawa, 62, is a Jat Sikh who represents the Dera Baba Nanak constituency in Gurdaspur, and Soni, 64, was elected from Amritsar-Central.

Earlier, the name of Brahm Mohindra, a senior minister in the previous cabinet, was doing the rounds for the post of deputy chief minister, and AICC treasurer Pawan Kumar Bansal even congratulated him on Twitter.

Amarinder Singh was not seen at the swearing-in ceremony attended by senior Congress leaders.