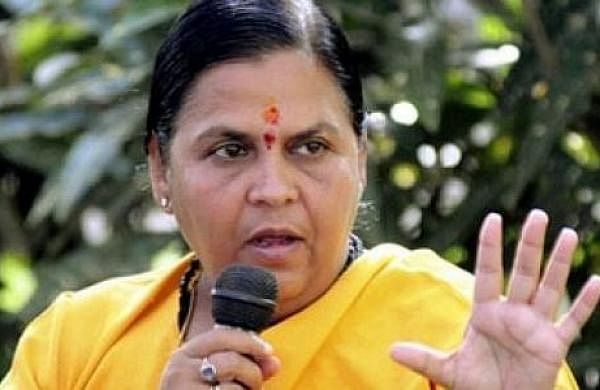 BHOPAL: The remarks by former Madhya Pradesh CM and former Union minister Uma Bharti kicked up a row on Monday. “The bureaucracy is nothing, but meant to pick up our slippers,” she said.

“Bureaucracy is nothing… it’s meant to pick up our chappals (slippers). The bureaucracy picks up our slippers. I’ve been in power for 11 years, including as MP CM and then as Union minister, and very well know what the bureaucracy is meant for. It’s we (politicians) who take decisions, only after that the file is moved ahead for processing,” Bharti said while interacting with an OBC delegation at her residence in Bhopal on Saturday. The video of the controversial remark had gone viral on Monday.

While there was no reaction from either the MP IAS Association/MP IPS Association, the opposition Congress was quick to target the ruling BJP over the issue.

“While one of the cabinet ministers of the state Om Prakash Saklecha says it’s the bureaucracy which is running the government, the ex-CM and one of the senior-most BJP leaders in the state, Uma Bharti, is saying that bureaucracy is meant for picking up their slippers. It’s really unfortunate,” state Congress general secretary (media) KK Mishra said.

Not only did Bharti make a controversial remark against the bureaucracy during the meeting with the OBC delegation, but also appealed to all the people from the OBC castes to unite as a block before demanding any OBC or caste census.

“Learn from what the Lingayats have done unitedly in Karnataka, none can become CM of Karnataka without their support. Shelve all your differences, unite by worshipping ek devta (one god), following ek puja paddhati (common worshipping practice), and by having roti-beti ka rishta (bread and daughter relationship),” Bharti said.

She also claimed that other prominent OBC politicians, including Sharad Yadav and Bihar CM Nitish Kumar, too have views similar to her over this issue.

On Saturday, she had announced hitting the streets for a total ban on liquor in MP and given time to CM Shivraj Singh Chouhan and state BJP president VD Sharma till January 15 to run a public awareness campaign to make MP a dry state.

The series of remarks, including the comments on bureaucracy and appealing all OBC groups to unite, is being seen among ruling BJP circles in MP as a conscious effort by Bharti to stay relevant in national politics as a powerful OBC leader and get back into reckoning in politics of MP where over 51% electorate hails from the OBC segment.

Bharti hails from the Lodhi caste, which is a powerful OBC category, in the Bundelkhand region of both MP and neighbouring UP.