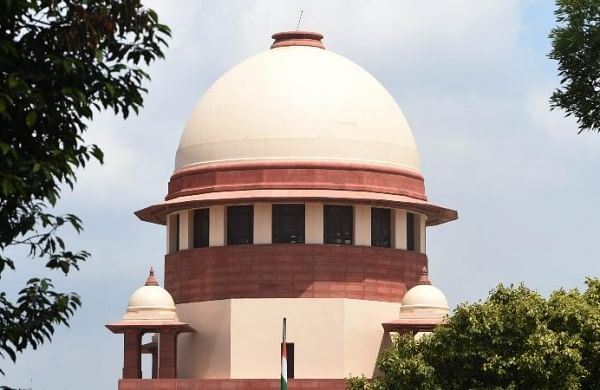 NEW DELHI: Brutality committed on a victim cannot be ignored in a criminal proceeding as the crime is not against an individual but the society, which needs to be dealt sternly, said the Supreme Court on Monday while refusing to interfere with a sentence awarded by a trial court in a criminal case.

The top court also observed that giving punishment to the wrongdoer is the heart of the criminal delivery system and it does not have any legislative or judicially laid down guidelines to assess the trial court in giving out the “just punishment” to the accused facing trial before it after holding guilty of the charges.

A bench of Justices Ajay Rastogi and Abhay S Oka said it takes into account a combination of different factors while exercising discretion in sentencing, that is proportionality, deterrence, rehabilitation, etc.

The apex court was hearing an appeal filed by Maharashtra resident Bhagwan Narayan Gaikwad against the judgement of the Bombay High Court upholding his conviction for the offence punishable under Section 326 (Voluntarily causing grievous hurt by dangerous weapons) of the Indian Penal Code and sentenced to undergo rigorous imprisonment for five years with a fine of Rs.10,000 and under Section 357 of Code of Criminal Procedure (compensation to the victim) of Rs two lakh as a monetary compensation to the victim.

As per the case of the prosecution, Gaikwad attacked the injured victim Subhash Yadavrao Patil with a sword which had caused permanent disability and his right arm and leg were chopped off during the course of crime which occurred on December 13, 1993.

Senior advocate Mahesh Jethmalani, appearing for the Gaikwad, sought compounding of the sentence for the reason that a compromise has been entered between the appellant and the injured victim.

He submitted a compromise affidavit of the victim to justify that he has no desire to make the appellant undergo the remaining sentence and keeping in view the peace and harmony between the families.

The apex court, while refusing to grant any relief, said it cannot be oblivious of this fact that the injured victim has been crippled for life and is pursuing his daily chores with the prosthetic arm and leg and has lost vital organs of the body and became permanently disabled.

“This has been stated by prosecution witness (doctor) that in the absence of immediate medical attention, death was certain and that was the reason his dying declaration was also recorded during that point of time, in our considered view, such a brutality cannot be ignored which is not against the individual but the crime is against the society which has to be dealt with sternly,” the bench said.

The top court said that compromise if entered at the later stage of the incident or even after conviction can indeed be one of the factors in interfering with the sentence but the compromise cannot be taken to be a solitary basis.

“The substance of what has been referred to in paragraph three of the compromise and noticed by us, the statement of fact is completely superfluous in the mechanical form and nothing elicit about the earlier relations, if any, or when such cordial relations or what kind of family relations later on have been developed, all such facts are completely missing and the contents are stereotyped,” the bench said.