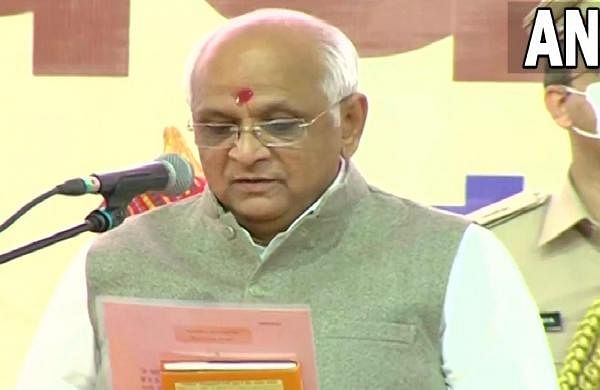 AHMEDABAD: New ministers of the Bhupendra Patel-led government in Gujarat will take the oath on Thursday, a state BJP spokesperson said.

The swearing-in ceremony of the new ministers, whose names have not been declared so far, will be held at 1.30 pm in the state capital Gandhinagar, an official said.

The party had earlier in the day said the ceremony would be held on Wednesday.

Even the posters at Raj Bhavan had mentioned September 15 as the date for the ceremony.

However, the posters were taken down Wednesday afternoon.

The governor’s office confirmed that the ceremony has been postponed to Thursday.

Gujarat BJP spokesperson Yamal Vyas had in the morning said the ceremony was scheduled after 2 pm in Gandhinagar on Wednesday.

Neither the BJP nor the state government gave any reason for the postponement.

Gujarat BJP in-charge Bhupender Yadav has been holding marathon meetings in Gandhinagar for the last two days to finalise the names to be included in the new cabinet.

There is talk that Patel may induct many new faces in his cabinet and several old-timers may have to make way for them.

Patel (59) took over as the Gujarat chief minister on Monday after the sudden resignation of Vijay Rupani on Saturday.

He was unanimously elected BJP legislature party leader on Sunday and was sworn in as the state’s 17th chief minister by the governor in Gandhinagar on Monday.

Only he took the oath at the ceremony.

Patel’s elevation is being attributed to his closeness to former Gujarat chief minister and current Uttar Pradesh Governor Anandiben Patel.

With the state Assembly elections scheduled in December 2022, the BJP is banking on Patel, a Patidar, for poll victory.