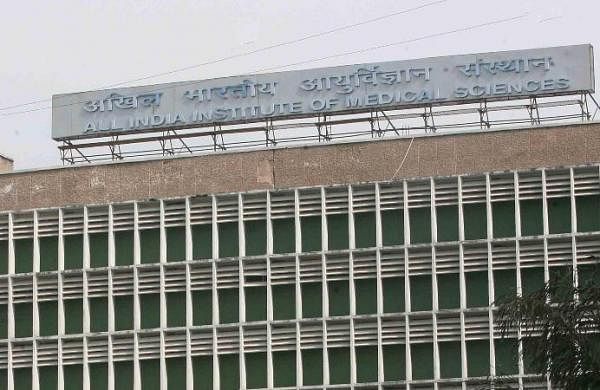 NEW DELHI: The Supreme Court on Tuesday directed the All India Institute of Medical Sciences (AIIMS) to give by September 17 its report on determining the age of a girl who went missing from Gorakhpur in UP since July 8 and was later recovered by Delhi Police earlier this month.

The apex court observed that further steps will be taken in the matter depending on the age determination report of the girl, who according to her mother is aged around 15-16 years while in Aadhaar, her age is mentioned as 13.

A bench headed by Justice AM Khanwilkar also permitted two lawyers assisting senior advocate KV Viswanathan, who was nominated by the top court to appear for the girl as she was not represented before it through a counsel, to interact with her.

“We direct the concerned authority of AIIMS, Delhi to ensure that age determination report is given before the next date of hearing which we schedule on September 17,” said the bench, also comprising justices Dinesh Maheshwari and CT Ravikumar.

The top court had on September 7 handed over the investigation of the case lodged in Uttar Pradesh, after the girl was missing from Gorakhpur, to Delhi Police which recently recovered her and arrested the alleged abductor.

During the hearing on Tuesday, Viswanathan said that he has seen the two status reports and also the suggestions of Additional Solicitor General (ASG) RS Suri, who is appearing for Delhi Police, and the counsel appearing for the girl’s mother.

He said age of the girl has to be determined as the report says pregnancy was detected but ultrasound does not show pregnancy.

Viswanathan said after her age is ascertained, then the other issues including that of under the Medical Termination of Pregnancy Act may arise. “We will ask the AIIMS to give age determination report,” the bench said.

The ASG told the bench that the girl had married the man, who had allegedly abducted her. “If she is a minor, then the marriage is no marriage at all. We will go into it later,” the bench said. Suri said since the pregnancy is stated to be in early stage, abortion could be the best course.

The bench said it would go into the issue after age determination report is placed before it.

Advocate Pai Amit, appearing for the girl’s mother who had filed a petition seeking directions to the UP Police and Delhi Police to trace her daughter, told the bench that the girl is saying that she is 17-year-old while as per the mother, she is aged about 15-16.

Earlier, Suri had told the court that the girl was recovered and the man who allegedly abducted her was arrested from Kolkata on September 2 and they were brought here on September 4. After that, the minor was examined at the AIIMS and also given counselling, he had said, adding the girl had refused to go with her mother.

He had said the AIIMS has referred her to the forensic department for estimation of her age. The top court had on September 1 pulled up Uttar Pradesh Police for its probe into the case and directed it to forthwith share the investigation report with Delhi Police.

The mother, who works as a domestic help in Delhi, has claimed in her petition that her daughter is believed to have been kidnapped from Gorakhpur in Uttar Pradesh by a man when her family members had gone there to attend a marriage ceremony.

An FIR was registered in the case at Gorakhpur.

In her petition, the girl’s mother has sought directions for carrying out investigation into the disappearance and kidnapping of her daughter and take appropriate action against those who may be found involved in this.

The habeas corpus petition, seeking to produce the girl before the court, has alleged that despite an FIR being lodged at Gorakhpur and an attempt being made to make a complaint with the Delhi Police, no action has been taken to trace the minor.

It claimed the man, who is suspected to have kidnapped the girl, was constantly luring and coaxing her to accompany him.