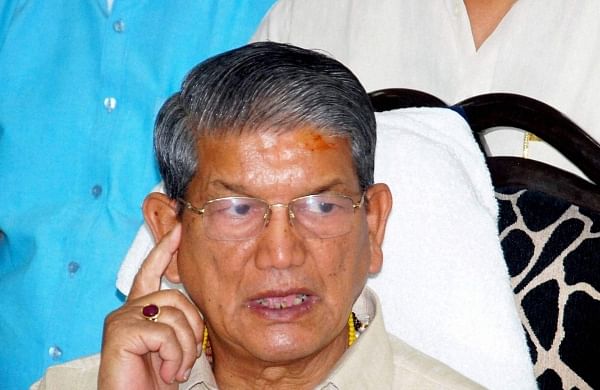 DEHRADUN: After state cabinet minister Harak Singh Rawat said that he saved ousted Chief Minister Trivendra Singh Rawat from being sent to prison by the then CM Harish Rawat in 2014, a political storm started raging in Uttarakhand with bigwigs jumping into blame game.

Responding to the statement, Harish Rawat said he never intended to do so and there was no evidence against Trivendra Singh Rawat.

“I have never done any such thing. I studied the file and found that the was not enough evidence to sent him to prison. I cannot act out and sent someone to prison just out of rivalry. Both of them (Harak Singh Rasta and Trivendra Singh Rawat) should not drag me in their cross firings,” said the corner and CM of Uttarakhand and general secretary of Indian National Congress.

The case dates back to year 2010 with allegations that as the state agriculture minister in 2010, Trivendra Singh Rawat had passed orders for purchase of 14,900 quintal of dhaincha (green manure) seeds when the requirement was only for 9,680 quintal.

Tripathi Commission which was formed to probe the case submitted its report in year 2014.

A public interest litigation (PIL) was filed by a petitioner JP Dabral in year 2017 after TSR became the CM of Uttarakhand alleging that the seeds used for organic farming as fertilizers were purchased after paying 60% more than market rate.

Harak Singh Rawat said that he wrote a two-page note defending TSR and even showed the files to Bhagat Singh Koshyari, now the governor of Maharashtra and Ajay Bhatt who was the state president of the BJP at that time.

Trivendra Singh Rawat, reacting to the queries related to the matter satirically said, “Everyone knows what he thinks of me and how much he cares for me. Believe whatever he has to say. The time will reveal everything.”

“Harak Singh Rawat has a long-nurtured ambition of becoming the Chief Minister of Uttarakhand. In 2016 he left Congress with a hope to become the CM but that did not happen. With upcoming elections he might be thinking that something in the BJP or elsewhere can work out. It’s like he is taking his chances towards the end of his career, hence such revelations/statements, ” said Jay Singh Rawat, a political analyst from Dehradun.