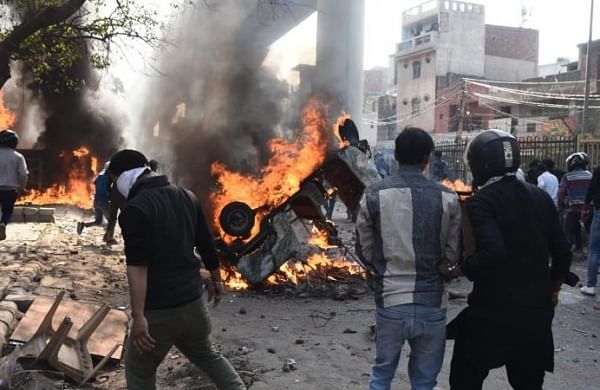 NEW DELHI: Taking a cue from judicial precedent of Gujarat’s Godhra riots cases, a Delhi court on Tuesday ordered separation of trial of accused on the ground of their faith in a murder of a 24-year-old man during the north-east Delhi communal riots, saying there was an “assortment” of undertrials and one trial would prejudice their defence as they belong to Hindu and Muslim religions.

Three Hindus and two Muslims were to face joint trial in case emanating from one FIR and they were charged with the offences of rioting, arson and murder of one Salman who had succumbed to gunshot injury allegedly inflicted upon him by a riotous mob in Delhi’s Shiv Vihar area on Febryary 24, 2020.

Taking the precedent from the trial in the Godhra communal riots case, the judge said that he deems it appropriate to separate the trial of the accused persons “so that their defence does not get prejudiced”.

“Similar situation had arisen before a Gujarat Court conducting the trial of Godhra Communal Riots wherein the High Court was pleased to authorize separation of trial of the accused persons from two different communities,” he said.

He added, “Thereafter, Ahlmad (court official) of the court is directed to put up a separate Sessions Case number in the FIR and the existing charge sheet shall be treated as charge sheet for three accused persons namely, Kuldeep, Deepak Thakur and Deepak Yadav.”

Meanwhile, the other charge sheet shall be treated as charge sheet for accused persons Mohd. Furkan and Mohd. Irshad, the judge added.

The decision on separation of the trial came after the court framed charges in the case.

The judge stated that there is enough material on record to frame charges against the five accused under the requisite sections.

They have been charged under sections 147 (rioting), 148 (rioting, armed with deadly weapon), 149 (member of unlawful assembly guilty of offence committed in prosecution of common object), 153-A (vilification or attacks upon the religion), 302 (murder), 436 (mischief by fire or explosive substance), 505 (intent to incite), 120-B (conspiracy), 34 (common intention) of the IPC.

All the accused have pleaded not guilty and claimed trial in the case.