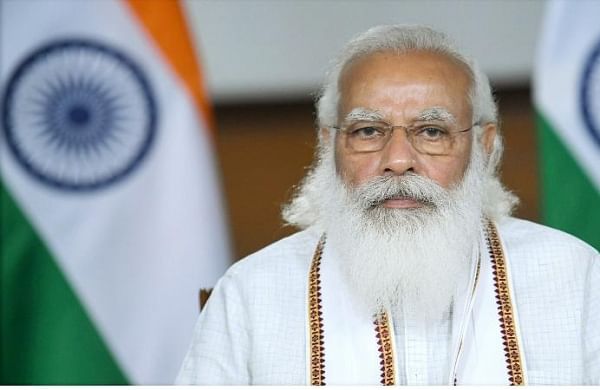 LUCKNOW: Prime Minister Narendra Modi is expected to sound BJP’s poll bugle from Aligarh while visiting the to lay the foundation stone of a state university named after Jat Raja Mahendra Pratap Singh on Tuesday.

PM Modi’s visit is being seen as a move by the ruling BJP to placate the sulking Jat community of western UP owing to the promulgation of three contentious farm laws.

Uttar Pradesh Chief Minister Yogi Adityanath had announced the setting up of the university in the name of the Raja, who had donated land for the establishment of Aligarh Muslim University (AMU). The new university will come up on 92.27 acres of land in Lodha village in Aligarh.

The CM had made the announcement two years back in 2019 while he was campaigning for by-elections for assembly segments of Tundla and Iglas in western UP.

Raja Mahendra Pratap’s great-grandson Charat Pratap Singh expressed satisfaction over the move. In fact, Charat Pratap had earlier served a notice on AMU over the expiry of the lease of land donated by the Hathras royal for the prestigious university.

On the other, the AMU administration has also welcomed the state government decision of setting up a state university named after Raja Mahendra Pratap saying it was a moment of pride for AMU as the Raja was its alumnus.

Raja Mahendra Singh became a student of the Mohammedan Anglo-Oriental College in 1895, which was later renamed the Aligarh Muslim University (AMU) in 1920.

He had fought election against BJP stalwart Atal Bihari Vajpayee from the Mathura constituency and had defeated him in 1957. While Singh was an independent candidate, Vajpayee was the candidate for the Bharatiya Jan Sangh.

However, preparations for the mega event were underway. A grand stage is being erected and seating arrangements for approximately one lakh people are being made.

It is believed that the BJP will sound the poll bugle in the state through this mega event. Modi will not only take part in the foundation stone laying ceremony but will also address a huge public meeting. Chief Minister Yogi Adityanath is camping in Aligarh to take stock of the preparations.

A huge pandal has been set up in an area of three lakh square meters with seating arrangements for approximately one lakh people. Also, in order to save people from the vagaries of weather, arrangements for AC and fans have also been made. The SPG has taken the entire pandal under its security cover. The BJP is not leaving any stone unturned to make the PM’s visit a success.

In the wake of the impact of Muzaffarnagar Kisan Mahapanchayat, PM Modi’s visit to Aligarh assumes more importance. He is likely to reach out to the farmers and Jat voters with his public meeting.