Greenhorn Bhupendra Patel to be 17th chief minister of Gujarat 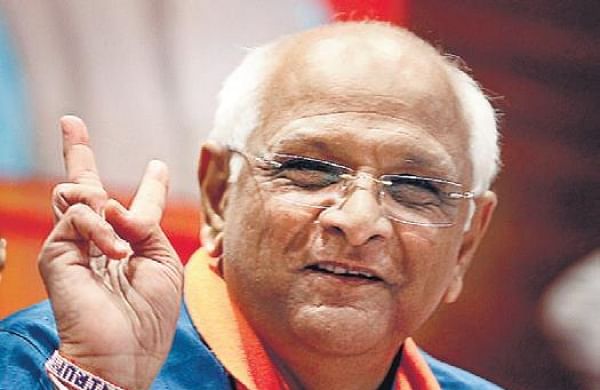 Forget the short list, he was not even on the speculated long list to become outgoing chief minister Vijay Rupani’s successor. The BJP on Sunday pulled a rabbit out of the hat by giving the chief ministerial baton to political greenhorn Bhupendra Patel, a first-term MLA with  no ministerial experience.

Seen as a protégé of UP Governor Anandiben Patel, he represents her Ghatlodia seat in the Assembly. Patel, 59, later met Governor Acharya Devvrat along with Rupani to take stake his claim for the hot seat. He is also associated with a couple of Patidar outfits as well. A civil engineer by qualification and builder by profession, he will take the oath of office and secrecy on Monday.

The soft-spoken, low profile Patel will now lead the state BJP to polls in 2022. “The selection of Bhupendra Patel is a master stroke of Anandiben Patel. The BJP has killed many birds with one stone. It is also to checkmate Deputy Chief Minister Nitin Patel because both come from the same region and are Kadva Patels, a sub-caste of the Patel community,” said senior journalist based in Gujarat, adding it will also possibly end Patidar agitations in the state.

After Union ministers Narendra Singh Tomar and Pralhad Joshi flew in from Delhi as observers, they held a series of meetings with senior party functionaries. The matter was first discussed in the core committee meeting before it was taken up at the BJP legislature party meeting.

The proposal to elevate Bhupendra Patel was moved by Rupani, after which almost all lawmakers fell in line.  Most of the 112 MLAs of the party in the 182-member Assembly were present at the meeting. However, Deputy Chief Minister Nitin Patel, who was in the race for chief ministership, left the meeting without making any statement, while BJP’s state unit president C R Paatil had earlier said he was not a contender for the top post.

In Uttarakhand too, the BJP  chose Pushkar Singh Dhami as chief minister though he had no ministerial experience. Patel will be the first-ever CM from Ahmadabad. He won the 2017 Assembly elections from Ghatlodia, defeating Congress candidate Shashikant Patel by a margin of over one lakh votes, the highest winning margin in that election. His Assembly constituency is part of the Gandhinagar Lok Sabha seat represented by Union minister Amit Shah.