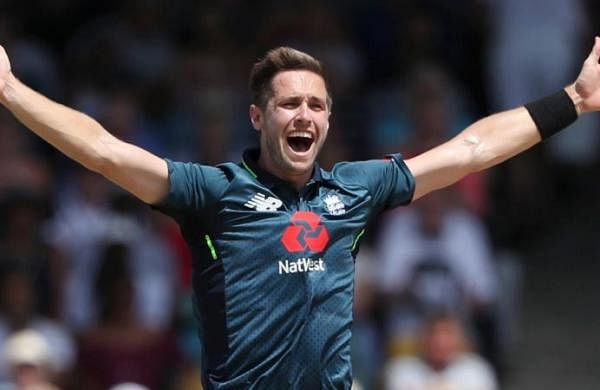 DUBAI: Delhi Capitals on Monday informed that the side has signed Australian fast bowler Ben Dwarshuis as Chris Woakes’ replacement for the Indian Premier League (IPL) 2021.

Delhi Capitals confirmed that English all-rounder Woakes has pulled out of the tournament due to personal reasons.

“JSW-GMR co-owned Delhi Capitals today announced that English all-rounder Chris Woakes, who picked up 5 wickets in 3 matches in the first half of the VIVO IPL 2021, has pulled out of the tournament due to personal reasons,” Delhi Capitals said in a statement.

“The Delhi Capitals have announced Australian fast bowler Ben Dwarshuis as Woakes’ replacement for the remainder of the IPL 2021 season,” it added.

Dwarshuis has scalped 100 wickets in 82 T20 matches at an average of 23.73. The 27-year-old, who plays for the Sydney Sixers in the Big Bash League, is the sixth-highest wicket-taker in the history of the tournament with 85 wickets in 69 matches.

The 14th season, which was postponed in May this year in the wake of the COVID-19 pandemic, will resume on September 19 in Dubai with a blockbuster clash between Chennai Super Kings and defending champions Mumbai Indians.

The board has come up with a 46-page health advisory that lays down all the pointers that everyone associated with the IPL needs to follow in order to ensure the smooth functioning of the league.