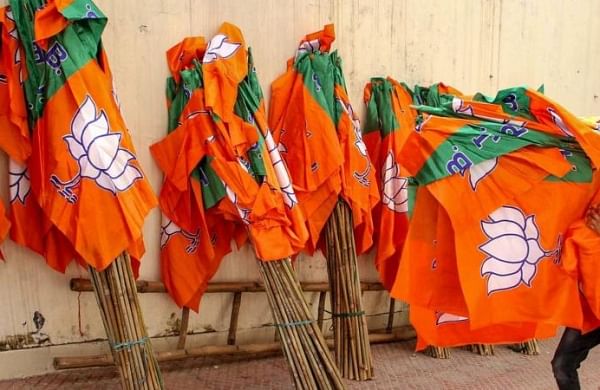 NEW DELHI:  The BJP’s post-pandemic leadership reset is marked by the decisions made in Gujarat, Karnataka and Uttarakhand. Age of the new chief ministers in these states is 59, 61, and 45, respectively. All three are proteges of state stalwarts. The reset bell is likely to ring in more states where BJP is in power, with a message that the leadership is looking at alternatives to energise the cadre wherever inertia has set in.

Bhupendra Patel, a first term MLA, is known to be an understudy of former Gujarat Chief Minister Anandiben Patel. Basavaraj Bommai, Chief Minister of Karnataka, is seen as a protege of his predecessor BS Yediyurappa. Pushkar Singh Dhami, Chief Minister of Uttarakhand, was groomed by state veteran Bhagat Singh Koshyari. The common thread in the three states is the decision to cut to size prospects of dissent among senior state leaders. That the incumbents enjoy the blessings of the former satraps reduces scope for senior aspirants to play spoiler.

Also, the state leadership reset mantra is seen to be heavily drawing from the lessons learnt in Chhattishgarh and Rajasthan, where BJP is struggling to stand on its feet after Assembly election defeats. BJP strategists argue that the unequivocal endorsement of the leadership of Raman Singh in Chhattishgarh and Vasundhara Raje in Rajasthan only gave the saffron outfit leadership drought in the two states. Thus, the reset formula seeks to ignite the dreams of the party workers to nurse aspirations, and aim even for the post of the chief ministers and Union ministers, which will help the party shrug off inertia, which was blamed for the ouster of the NDA in the 2004 Lok Sabha elections. That will also offer a rich harvest of new leadership is the underlying theme of this reset programme.

Now that the reset clock has begun moving with elements of swiftness and surprise, incumbent chief ministers of the states ruled by the BJP may begin examining their prospects and take stock of the prevailing political situations, said a senior BJP functionary. He added that 60 years could become an informal ceiling for chief ministers from the saffron ranks, along with the possibility of shuffling at regular intervals to groom a basket of leadership in states remaining alive. The leadership reset attempt of the BJP’s high command is not just limited to the states. Prime Minister Narendra Modi, too, had drafted in a number of new ministers in the Cabinet in a post-pandemic adjustment recently.

No inertia, complacencyBJP does not want complacency and inertia. The reset formula seeks to ignite the dreams of party workers and help them aspire. After three states, there is a chance that this will happen in other places also