My tooth fell off, can I blame IPL: Irfan Pathan after pundits blame league for cancellation of fifth Test 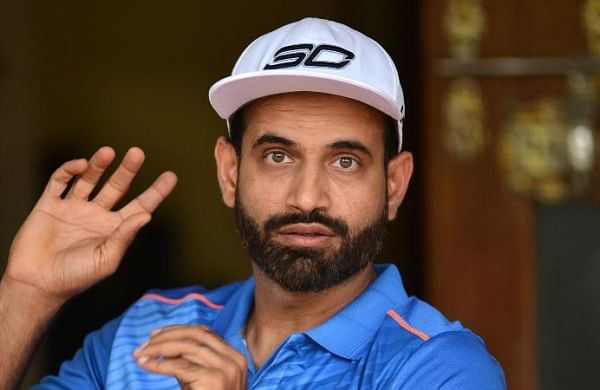 NEW DELHI: Former India pacer Irfan Pathan on Saturday took a dig at the ‘cricket pundits’ who have allegedly blamed the Indian Premier League (IPL) for the cancellation of the Manchester Test.

The fifth Test match between England and India was cancelled in Manchester. The BCCI and ECB held several rounds of discussion to find a way to play the Test match, however, the outbreak of COVID-19 in the Indian team contingent forced the decision of calling off the game.

However, many claimed that players wanted to get into their respective IPL bio-bubbles and hence were reluctant to feature in the fifth Test.

Commenting on the same Irfan Pathan said in a tweet,” My tooth fell of, can I blame the @IPL ?? #easytarget. (sic)”

Meanwhile, Mumbai Indians has flown in skipper Rohit Sharma, Jasprit Bumrah and Suryakumar Yadav along with their families on a charter flight from Manchester to Abu Dhabi on Saturday morning.

They will now undergo six days of quarantine and then will link up with the Mumbai Indians squad. Rohit, Surya and Bumrah tested negative for COVID-19 before departure from Manchester and after arrival in Abu Dhabi.

Chennai Super Kings players are also expected to land in Dubai on Saturday. “Now that the Test match is off, we are looking to get the CSK boys into Dubai tomorrow,” CSK CEO Kasi Viswanathan told ANI on Friday.

Royal Challengers Bangalore (RCB) is also arranging a charter flight to get Virat Kohli and Mohammed Siraj into Dubai on Sunday morning, ahead of the resumption of the Indian Premier League (IPL) 2021.