‘We must fight terrorism together’, says Tirumurti on 20th anniversary of 9/11 terror attack 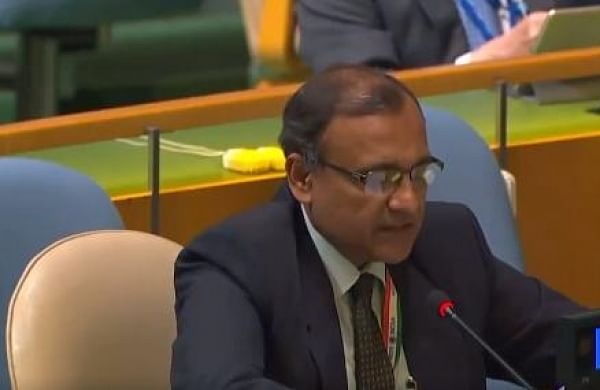 WASHINGTON: On the 20th anniversary of the 9/11 terror attack, India’s Permanent Representative to United Nations TS Tirumurti on Thursday (local time) said the world must fight against terrorism together as there are no bad or good terrorists.

Tirumurti along with representatives of UN Security Council (UNSC) member countries paid homage at the National September 11 Memorial in New York on the anniversary of the 9/11 terror attack.

“A moving experience at Ground Zero in New York on 20th Anniversary of 9/11 Terror attack UNSC paid homage at @Sept11Memorial to lives lost, including many Indians There are no “your terrorists” & “my terrorists” or “bad terrorists” & “good terrorists.” Must fight it together,” he tweeted.

On September 11, 2001, the United States faced the deadliest terrorist attack in its history, in which over 3,000 people were killed. Within a span of just 102 minutes, both towers of the New York World Trade Center collapsed after planes hijacked by Al Qaeda operatives crashed into them.