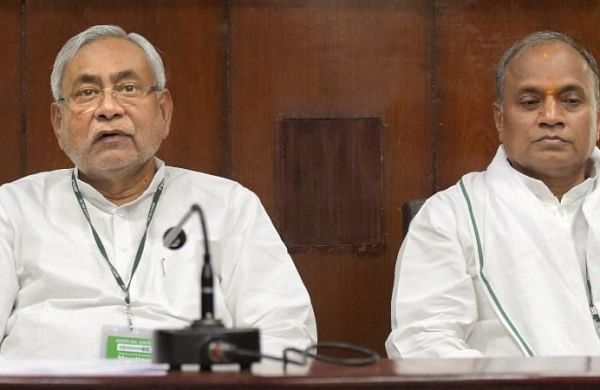 Sources said Rajiv, who had been sore ever since losing a Union Cabinet berth to Singh, removed the latter’s supporters from state headquarters post, too. Notable ousters on Thursday were that of state general secretaries Anil Kumar and Chandan Singh, both of whom were tasked with spadework as their stint as headquarters in-charge was largely seen as a reward for their loyalty to Singh.

During Tuesday’s meeting to discuss party strategy for Manipur elections, Rajiv removed Singh and his loyalist Sanjay Verma (in-charge of northeastern states) from the council, while inducting WRD minister Sanjay K Jha as a core member. Prominent among the old guards to escape the axing was national general secretary K C Tyagi.

Sources claimed the relations between Rajiv and Singh worsened recently when the latter’s supporters stuck posters in the party headquarters with the former’s image missing. While the posters were removed after their supporters locked horns, the damage had been done, sources added. Party leaders claimed Rajiv and chairman of party’s Parliamentary board Upendra Kushwaha share a good rapport and the rejig is part of their attempts to dominate the party affairs.