Patna Metro receives over 7,500 entries from across India for its logo contest 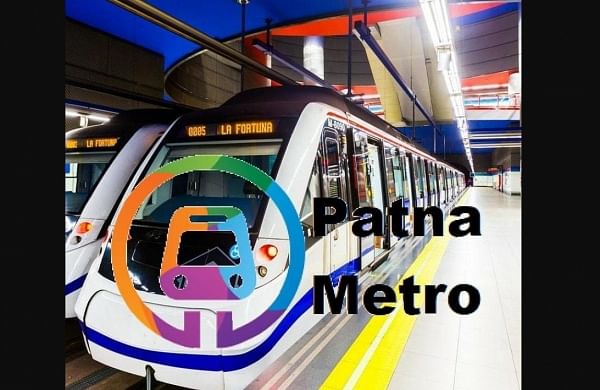 NEW DELHI: Patna Metro Rail Corporation (PMRC) has received more than 7,500 entries for its logo contest from people across the country, spanning small towns and big cities, a senior official said on Friday.

Patna Metro is currently under construction in the Bihar capital, a flagship project whose foundation stone was laid by Prime Minister Narendra Modi on February 17, 2019.

Delhi Metro Rail Corporation (DMRC) is working on the Patna Metro project, which is aimed at decongesting the city using a mass rapid transit network for the first time.

“We have received an overwhelming response of over 7,500 entries from across the country.

Patna Metro Rail Corporation is the managing authority of the Patna Metro, and the principal secretary of the Bihar government’s urban development and housing department holds the charge of the managing director of the PMRC.

The entries are currently being evaluated by a five-member jury and the final decision is expected to be taken on the PMRC logo by September end, the official said.

There was no age bar on sending entries.

A concept note too was to be attached with the entry, as per the contest specifications.

“Out of about 7,500 entries, nearly 2,500 are from Bihar, with Patna accounting for close to 2,000 entities. All the big educational institutions are located in the state capital, from across disciplines, so this huge response,” the official said.

Patna entries have come from IIT, BIT, NIT, Patna University and its colleges, NIFT, and even schoolchildren have sent designed logos as part of the contest which ended on July 23.

“We had invited entries as part of a pan-India contest from July 8 onwards. The first prize entails a prize money of Rs 50,000 while those whose designs will finish on second and third positions, will walk away with Rs 25,000 and Rs 11,000, respectively,” the official said.

The PMRC while announcing the contest had underlined that contestants should “design a logo which will not only represent Patna, but also the urban transport revolution that will be brought to the city in the near future”.

The jury consists of PMRC chief, senior officials of the Patna Metro, and experts from NIFT-Patna and Patna College of Arts and Crafts, the official said.

The winner will be selected on the basis of creativity, originality, technical quality, creative ability and visual impact.

Also, a factor will be, how well the vision of PMRC has been depicted in the logo, the PMRC said.

Entries were sought in JPEG or PDF formats for logo images and were to be designed on a digital version, as per the contest specifications.

“We have received entries which have been fully digitally designed, as also hand-drawn illustrations. The jury will take the call on the entries, and it will be then finally decided by the PMRC MD,” the official said.

The response was so massive and unexpected that PMRC servers were overburdened suddenly, crashing at times, due to huge volume of data flow, and storage size of email account got exhausted, so more space had to be bought online, he said.

Situated on the banks of Ganga, Patna is a historic city, which was the site of the ancient capital of Pataliputra of the great Mauryan Empire.

The city is dotted with iconic landmarks and heritage sites from the Mughal period to the British era.

Railways had arrived in Patna in the 1860s during the British rule, and prior to that river and roads were the prime means of transportation.