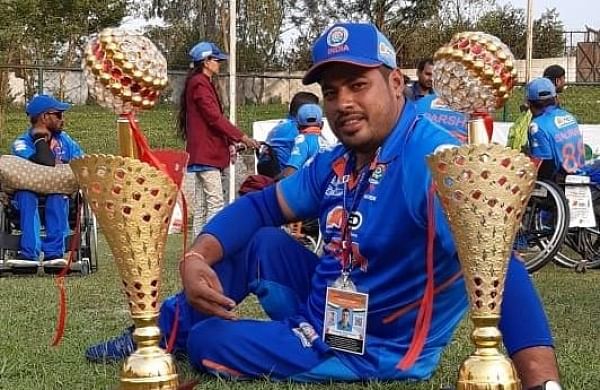 Pithoragarh district administration has decided to employ him as a coach to train para-athletes in his home district only.

Ashish Chauhan, District Magistrate of Pithoragarh, came to know about Dhami just after he joined in the district last month said, “We as a country have done well in Olympics as well as Paralympics. People like Dhami ji are a hub of talent, experience, resolve and resilience, the ingredients needed to make a winning athlete. He will train para athletes in the district. It will help nurture young talent for future prospects.”

The captain of Uttarakhand’s wheelchair cricket team, who qualified provincial services exams (PCS) of year 2012 for Uttarakhand, has urged the state government to provide him a job suiting to his qualification. He holds a masters degree in History and bachelors degree in education (BEd).

Sanjay Pauri, district sports officer of Pithoragarh said, “The paperwork is almost complete and soon we will issue an appointment letter for Rajendra Singh Dhami to work as a coach.”

Commenting in the development, Dhami said, “I am really grateful to the DM Sir who personally took stock of my situation. There are no words in which I can express my gratitude. I will perform my duties as a coach to best of my abilities.”

He has already been training atleast 19 specially abled teenagers in various aspects of cricket including batting, bowling, fielding and others.

After TNIE reported about the ex-captain of Indian Wheelchair Cricket team working as manual laborer last year and then in February this year too, Indian Olympic Association came forward to support him and provided monetary help of Rs 50,000 while the district magistrate’s office of Pithoragarh district provided Rs 20,000.

Refusing to take his own life despite facing adversities, Dhami in absence of any help from the state government resorted to manual labor for his livelihood while he builds his own team.

Dhami’s family income does not exceed Rs 3000 at the moment. He and his 65-year-old father have taken to manual labor work to tend to theirs and family’s daily needs.