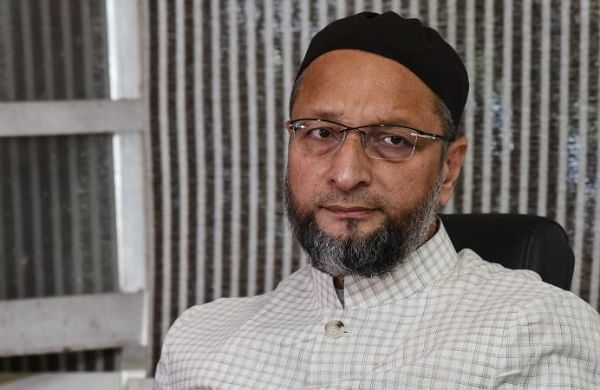 The FIR against the All India Majlis-e-Itthehad-ul-Muslimeen (AIMIM) chief was registered Thursday night at Barabanki city police station after his party’s rally.

IPC sections 153A (promoting enmity on ground of religion, race etc.), 188 (disregarding order of a public servant), 269 (negligent act likely to spread disease dangerous to life), 270 (malignant act likely to spread infection of disease) and the Epidemic Act have been slapped against him, Superintendent of Police, Barabanki, Yamuna Prasad said.

He said the Hyderabad MP violated Covid guidelines — on mask and social distancing — by arranging huge crowds at the party rally at Katra Chandana.

“In his speech, the AIMIM chief made statements for vitiating communal harmony and said the 100-year-old Ram Sanehi Ghat mosque was razed by the administration and its debris was also removed. This is contrary to the fact,” the SP said.

The old mosque Owaisi referred to was located adjacent to the tehsil premises and opposite the SDM’s residence.

It was demolished on May 17 on the orders of a Barabanki SDM court.

Barabanki District Magistrate Adarsh Singh had said the structure was illegal, and the tehsil administration got its possession on March 18.

He had said the Lucknow bench of the Allahabad High Court had disposed of a petition filed in this connection on April 2, which proved the construction was illegal.

Barabanki SP Yamuna Prasad also said Friday, “By his statement, Owaisi tried to vitiate communal harmony and incite feelings of a particular community. He also made indecent and baseless remarks against the PM and the Uttar Pradesh chief minister.”

Owaisi was on a three-day trip to Uttar Pradesh, where his party plans to contest 100 seats in the upcoming assembly polls.

Owaisi had Thursday alleged there have been efforts to turn the country into a “Hindu Rashtra” since he came to power seven years back.

He also referred to the law against instant triple talaq and mentioned the “plight” of Hindu women, while directing a personal barb at Modi.

“Ever since Narendra Modi became prime minister, efforts are on to demolish secularism and make the country a Hindu Rashtra,” he had said.

Criticising the triple talaq law, Owaisi said, “BJP leaders talk about injustice against Muslim women subject to talaq but remain mum on the issue of the plight of Hindu women discarded by their men.”

“My bhabhi (PM Modi’s wife) stays alone in Gujarat but nobody has an answer for her,” he had said.