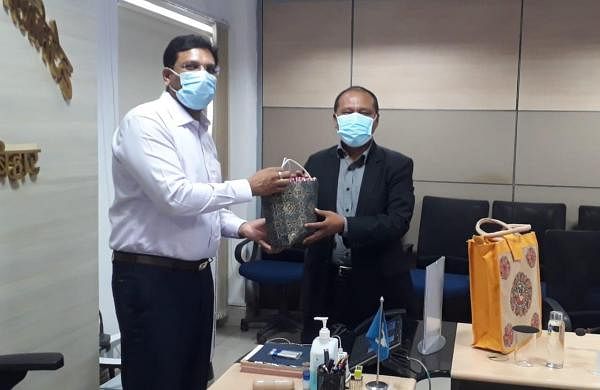 PATNA: Bihar and neighbouring Nepal are moving to herald a new relationship in the energy sector through mutual ‘Seasonal Energy Exchange’.

A move that may further relations between India and Nepal, a 3-member delegation of Nepal Electricity Authority (NEA), headed by KulMan Ghising, met the CMD of Bihar State Electricity Department Sanjeev Hans on Thursday.

The Nepal delegation, also comprising Pranab Adhikari (director of NEA) and Raju Maharajan (Water Resources department of Nepal govt), made a presentation on the proposal offered for the Seasonal Energy Exchange modalities.

The CMD of the Bihar energy department Sanjeev Hans assured the Nepali delegation that the state would take a fruitful decision in the next fortnight considering all the factors of the proposal.

The Nepal Electricity Authority generates ample hydro energy but during a few months every year, the consumption of hydro energy goes unspent.

According to Sanjeev Hans, the meeting had a fruitful discussion with seniors of NEA on the power exchange plan and other water-related issues.

“We hope the discussion will go a long way in strengthening ties with our neighbour,” Hans said.

Senior protocol officer of Bihar state energy department Khwaja Jamal said that the NEA has expressed its proposal for making a mutual transaction of unspent hydro energy with Bihar during the months of reduced consumption.

Jamal added that seasonal exchange of around 150 to 200 MW energy would be finalized in near future between Nepal and India via the Bihar electricity department. Officials of both sides assured one another to cooperate in mitigating the related issues.

The Nepal Electricity Authority has power transmission lines in Nepal side along the Indo-Nepal border in the Bihar sides including the Raxaul side.