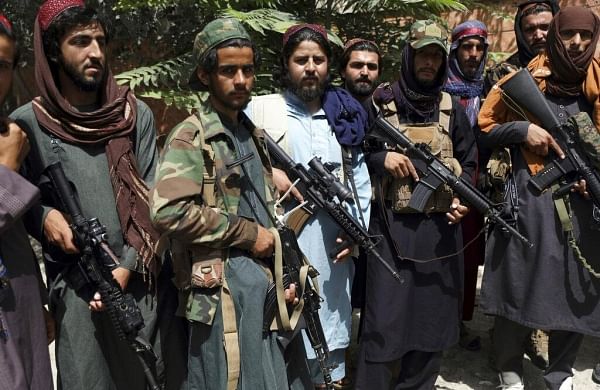 NEW DELHI: The Delhi High Court has refused to grant permission to an Afghan national, who is embroiled in a customs case, to go to Afghanistan to look after his family, saying there is very bleak chance of his coming back to India in view of prevailing circumstances in his country.

The high court said there was no ground to release the man’s passport and to permit him to leave India without depositing the penalty of Rs 13 lakh imposed on him.

The man, who was to take the flight to Afghanistan, was intercepted at the airport carrying certain medicines illegally and proceedings were initiated against him after which a redemption fine of Rs 9 lakh, determined as per the value of seized goods, and a penalty of Rs 13 lakh was imposed on him by the Additional Commissioner of Customs.

The petitioner has not paid the penalty and wanted to go to Afghanistan on the ground that he has 11 children and his first wife has been killed by terrorists and he has to look after his family.

Justice Mukta Gupta dismissed his petition, saying “in view of the facts and particularly the fact that there is very bleak chance of the petitioner being able to come back to India, in view of the prevailing circumstances in Afghanistan, this court finds no ground to release the passport of the petitioner and permit him to leave the country without depositing the penalty of Rs 13 lakhs.”

Initially, the man had approached the court of chief metropolitan magistrate which granted him permission on February 1, 2021, to go to Afghanistan but subject to certain conditions that was challenged by him in the sessions court.

His revision petition was dismissed in June after which he approached the high court.

The man’s counsel submitted that he was not in a position to submit the redemption fine of Rs 9 lakhs and Rs 13 lakhs as personal penalty and sought that he be permitted to deposit 20 per cent of the amount and be permitted to go to Afghanistan.

The counsel said as the man is not inclined to take the goods back, the redemption fine is not required to be deposited and only penalty has to be paid.

On a court’s query that whether the man has challenged the Additional Commissioner of Customs’ order in appeal, the counsel replied in negative.

The high court said in case no appeal has been filed challenging the order, it has attained finality and the man, who was found carrying medicines illegally, is required to pay the penalty of Rs 13 lakhs which is a penalty in personam (against a person).

“Considering that the adjudication proceedings qua the petitioner have attained finality and the petitioner even does not wish to redeem the articles, is required to deposit the penalty amount, hence this court finds no error in the impugned judgement. Petition is dismissed,” it said.