We all secretly wonder about starring in a superhero film: ‘Black Widow’ star Florence Pugh 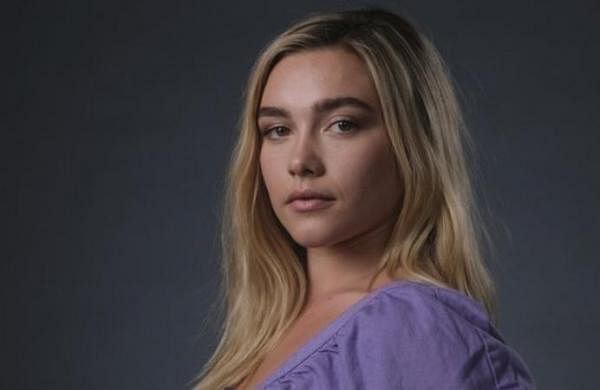 NEW DELHI: Hollywood star Florence Pugh says she considers her role of Yelena Belova in “Black Widow” a new chapter in her film career, adding she was “totally nervous” to take on a famous comic book character.

Pugh, 25, started out with independent projects like “The Falling” and “Lady Macbeth” before making an international breakthrough with the horror film “Midsommar” and Greta Gerwig’s feature adaptation of Louisa May Alcott’s “Little Women”.

“In terms of the films that I was doing before, this is obviously a different step and a step that takes on its own new challenges. And there’s a lot of pressure joining films like these.

“I think we all secretly watch these movies and wonder when our superhero film is gonna be and what superhero we’re gonna be, and at what age we’re gonna do it,” Pugh said responding to a question by PTI during a round table interview.

“Black Widow”, which started streaming on Disney+ Hotstar from September 3 in English, Hindi, Tamil, Telugu, Malayalam, and Kannada, is set before the events of the 2019 film “Avengers: Endgame”.

The recent released movie, directed by Cate Shortland, sees Scarlett Johansson’s Natasha Romanoff aka Black Widow confront the darker parts of her ledger when a dangerous conspiracy with ties to her past arises.

She is forced to deal with her history as a spy and the broken relationships in her wake long before she became an Avenger.

As Yelena, Pugh’s character looks up to Romanoff as a sister figure.

She is also trained as a Black Widow and will take over the mantle from Johansson, who played the character for over a decade in the Marvel Cinematic Universe (MCU).

The British actor said she is happy that her superhero film had Johansson and Shortland at the helm, who were some of the people she always wanted to work with.

“This is a completely different chapter. And I think when these films are done, you know, with the amount of effort and love and skill that this one did, they have the potential to be really powerful movies and seen by a lot of people,” she added.

Pugh said the film’s subject deals with familial relationships, a storyline and subject she would have agreed to even if it were not a superhero movie.

“But yeah, when I got the role, I was very, very excited. I was totally nervous about the fact that I was now getting to play a very famous comic book character.

“And instantly, just being classic me, I was totally worried about if people were going to appreciate me as a casting choice for Yelena, if they were going to be disappointed with the choices that I made as this character,” the actor said.

Asked if there was a particular character from the vast Marvel universe that she wanted to team up with, Pugh said it was challenging to pick just one.

“I’ve always been intrigued by the Scarlet Witch (played by Elizabeth Olsen). Just because I really like how equally bizarre she is as well.

“I think if Yelena were to bump into anyone from the MCU who is just as opinionated and in love of taking the p*** out of every single one of them, then I think she’d probably find Loki (essayed by Tom Hiddleston) very interesting because he kind of does that too,” she added.

Meanwhile, Johansson is fighting a legal battle with The Walt Disney Company, Marvel’s parent organisation, over the release of “Black Widow” on its streaming platform before it had spent a certain period of time in theatres.