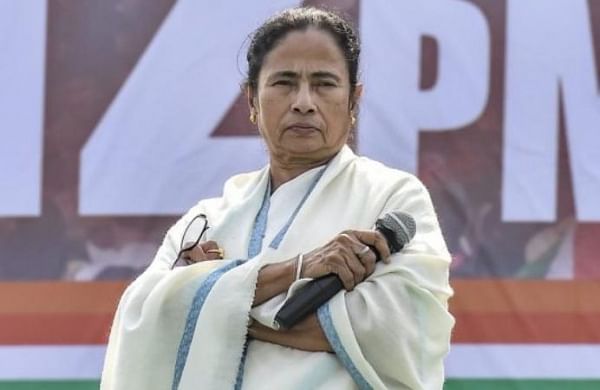 KOLKATA: A day after the BJP wrote to the Election Commission urging to take action against West Bengal Chief Minister Mamata Banerjee for violating the Model Code of Conduct by announcing cash rewards for Durga Puja clubs despite the declaration of by-poll dates, the TMC hit back at the BJP alleging “their scant regard for Maa Durga and the traditions of Bengal stands exposed”.

Terming the BJP “self-proclaimed custodians of Hindu culture and values”, the TMC accused it of disrespecting Hindu festivals and not understanding Hinduism.

The official Twitter handle of TMC today alleged, “The self-proclaimed custodians of Hindu culture and values clearly DO NOT understand Hinduism, forget about respecting Hindu festivals! Now, their scant regard for Maa Durga and the traditions of Bengal stands exposed! This is an act of utter shame @BJP4Bengal”

The BJP delegation also handed over a letter to Chief Electoral Officer, West Bengal in this regard.

“We draw your attention to the program organised by the West Bengal Government in the Netaji Indoor Stadium addressed by the unelected Chief Minister Mamata Banerjee and Chief Secretary. In this program, the Durga Puja organising clubs were invited wherein cash donation and other facilities by the state government were announced for 36,000 clubs in the State including 2,500 clubs in the Kolkata Municipal Corporation area,” read the BJP’s letter to EC.