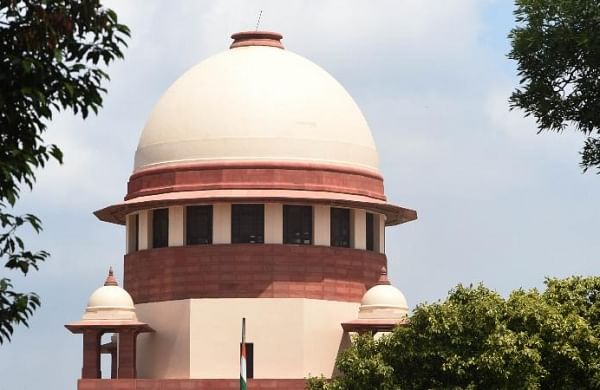 NEW DELHI: The Supreme Court Wednesday granted protection from arrest to a man accused of kidnapping a woman who married him against the wishes of her parents.

A bench of Justices Ajay Rastogi and Abhay S Oka noted that the application filed by the man seeking pre-arrest bail was pending before the Calcutta High Court since April, 2021 and despite his best efforts the plea could not have been taken up for hearing.

The top court said that ordinarily, if an application is pending before the High Court for seeking pre-arrest bail, there was no occasion for this Court to interfere in the instant petition under Article 32 of Constitution.

“But looking in the facts brought to our notice that the petitioner nos. 1 and 2 have solemnised their marriage and documentary evidence is on record, petitioner no. 1 is on family way and the FIR which has been registered under Section 365 (kidnapping or abduction with intent secretly and wrongfully to confine person) of Indian Penal Code on December 12, 2020, the apprehension of the petitioner no. 2 (man) certainly cannot be doubted,” the bench said.

The apex court said that in the peculiar facts and circumstances of this case and taking note of the material on record, it was of the considered view that the man, at this stage, needed indulgence of this court.

“Accordingly, we direct that petitioner no 2 (man) shall not be arrested in reference to the FIR registered under Section 365 of IPC for a period of three months and we request the High Court to consider the application for pre-arrest bail filed at his insistence for early hearing,” the bench said.

The apex court granted liberty to the man to file an application for further extension of time before the High Court in pending.

The top court was hearing a joint petition filed by a woman and her husband contending that they both are major and have solemnised their marriage on December 8, 2020.

Since it is an inter-caste marriage it is not acceptable by the parents, they said adding that due to this reason, an FIR under Section 365 of IPC has been registered at the behest of the father of the woman.