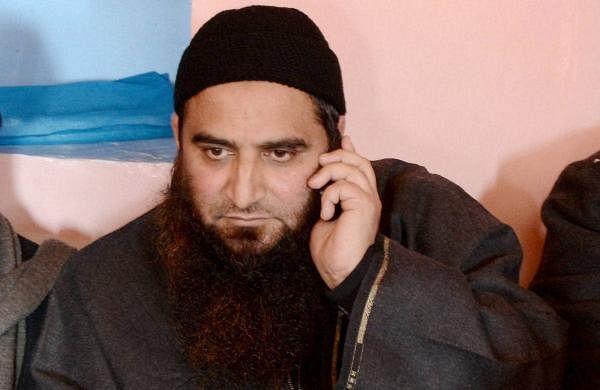 “No one wants to acknowledge the pain of Kashmiris. The respect given to Geelani was uncalled for. He was made to resign from Hurriyat by Imran Khan. The double standard gang of Imran Khan and Gupkars should talk about Kashmir. They (Imran Khan) only want to talk about the Taliban. Indians are being threatened in the name of the Taliban. Member of Parliaments are doing this,” said the Dogra Front protestor.

“Taliban is not respecting human rights and not allowing freedom to the women or people of the country (Afghanistan), Anyone thinking that they will respect human rights in our Kashmir? It’s impossible to think in real life. The people who are in support of Taliban and Pakistan should not be in our country,” a protestor said.

“Masarat Alam who was made the Chairman of Hurriyat have been imprisoned, the meaning of this action is very simple, no one wants to talk about it. And paying tribute to Geelani just wanted to show that they have a huge heart for Kashmir,” protestor added.

This comes after the National Conference chief Farooq Abdullah today indirectly extended support to the Taliban saying he hopes the group delivers good governance and respect human rights in Afghanistan.

“I hope they (Taliban) will deliver good governance and follow Islamic principles in that country (Afghanistan) and respect human rights. They should try to develop friendly relations with every country,” said the National Conference chief while responding to the question on Afghanistan.

It is pertinent to note that a week after Hurriyat leader Syed Ali Shah Geelani passed away, his associate Masrat Alam Bhat, was appointed as the chairman of the All Parties Hurriyat Conference.