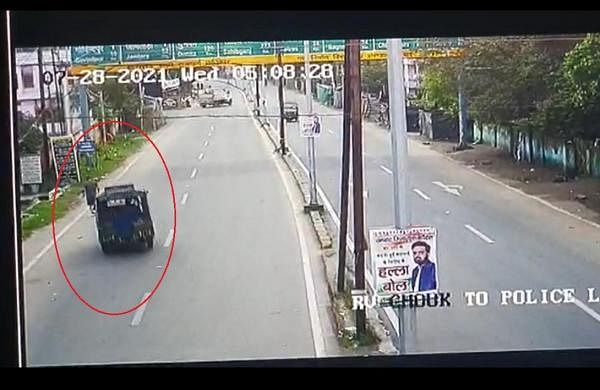 RANCHI: Clueless over the alleged murder of Additional District and Sessions Judge Uttam Anand, the Central Bureau of Investigation (CBI) has increased the bounty from Rs 5 lakh to 10 lakh for providing worthwhile information related to the case. Earlier on August 15, the CBI had announced a reward of Rs 5 lakh for providing any kind of information related to the alleged murder case.

CBI officials investigating the case said posters announcing that the reward amount has been increased to Rs 10 lakh were put up all over Dhanbad.

According to the posters, “If any person has any kind of knowledge or information of importance related to his murder, he/she may kindly provide it to Vijay Kumar Shukla, Superintendent of Police (I/C), Investigation Officer, CBI, New Delhi, Camp – Dhanbad, on the phone numbers given below. Cash reward of Rs 10 lakh will be given to the person furnishing worthwhile information related to the crime.” The name of the informant will be kept secret, it added.

CCTV footage showing an auto-rickshaw intentionally hitting judge Uttam Anand from behind on a deserted road has raised doubts over his death while he was on his morning walk on July 28. The incident took place near Golf Ground less than 500 metres from his house at Judge Colony in Hirapur.

The autopsy report revealed that the victim had several injuries on his head, chest and back. “All the injuries, caused by hard and blunt substance, took place before the death. Death of the deceased was caused due to head injury before 6-18 hours of the post-mortem,” stated the autopsy report.

The case was referred to the CBI on the recommendations of Chief Minister Hemant Soren following which a team from the agency has been camping in Dhanbad to investigate the matter.