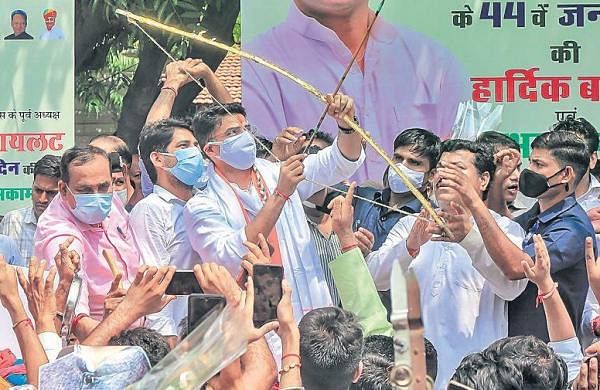 JAIPUR:  Congress leader and former deputy CM Sachin Pilot’s 44th birthday bash on Tuesday reflected the deep rift within the Rajasthan Congress. Sources said a steady stream of supporters flowing into Pilot’s residence sent a strong message to the high command on a day it sought report from the state unit on the shock defeat in the Jaipur Zila Pramukh election.

Sources said Congress’ shock defeat was engineered by Pilot loyalist Ved Prakash Solanki, who herded the winner Rama Devi to the BJP stables, helping the saffron party to form the board. Solanki was among the 19 MLAs, who had rebelled against Gehlot last year.

State Congress president Govind Singh Dotasra called Rama Devi’s switch to the BJP an act of backstabbing and expelled her for six years.  Even Gehlot was not amused, saying, “The very people who tried to topple the government are now horse-trading.” Though Gehlot and many of his loyalists took to social media to wish him, the happenings in the poll have only added to the bitterness.