From Mamata to Deve Gowda: Om Prakash Chautala to bring several leaders together on Sept 25 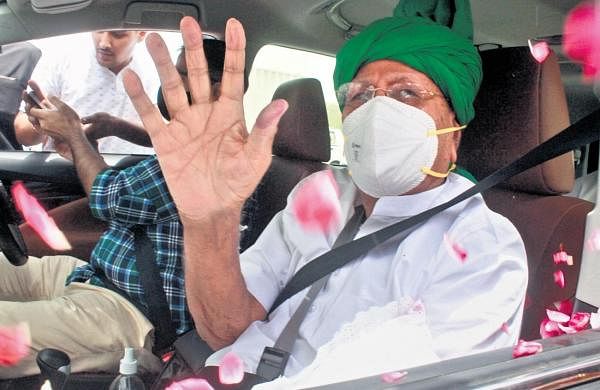 He said Mulayam Singh Yadav, Nitish Kumar, JD(S) leader Deve Gowda and Badal have confirmed that they will attend the ‘Samman Samaroh’ to mark the birth anniversary of Devi Lal.

“Many like-minded leaders from non-BJP and non-Congress parties will come together on one stage and will raise issues that are close to the people, especially farmers’ issues,” Abhay Chautala said.

He said that the people are looking for an alternative to the BJP and the Congress.

By bringing all these leaders “our aim is to form the third front for the overall welfare of the country and the people,” Chautala said.

“It will be a huge rally and people from various states will attend it,” he said.

Om Prakash Chautala, 86, after his release from Delhi’s Tihar Jail on July 2, had announced that he will contact opposition leaders across the country to forge a Third Front at the national level.

The former chief minister of Haryana had been serving a 10-year sentence in a recruitment scam.

The INLD patriarch had said that before September 25, which is the birth anniversary of his father Chaudhary Devi Lal, he will try to meet opposition leaders and urge them to come on one platform.

JD(U) leaders Nitish Kumar and KC Tyagi had met Chautala at his residence in Gurugram last month and had termed it a courtesy call.

The parties invited by INLD include those that are either in alliance with the Congress or the BJP.